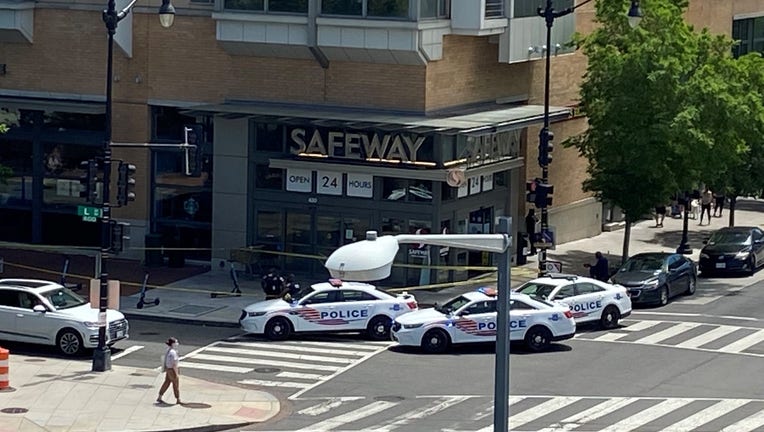 DC Police set up a perimeter outside the front entrance of a Safeway store in Northwest after a stabbing. (Twitter/MinnieLarry)

WASHINGTON - District police have set up a perimeter outside the front entrance of a Northwest grocery store after a stabbing Saturday afternoon.

Police say the victim, who is a man, is conscious and breathing after the stabbing around 12:57 p.m. Saturday near 5th and L streets, Northwest.

Police did not confirm whether the stabbing occurred inside the Safeway store on the corner.

Officers roped off the grocery store's front entrance, but a viewer tells FOX 5 shoppers could still enter the store through a side door.

Police say the suspect is an approximately 5-foot-10 black man believed to be 40 years old wearing a black T-shirt and blue jeans. 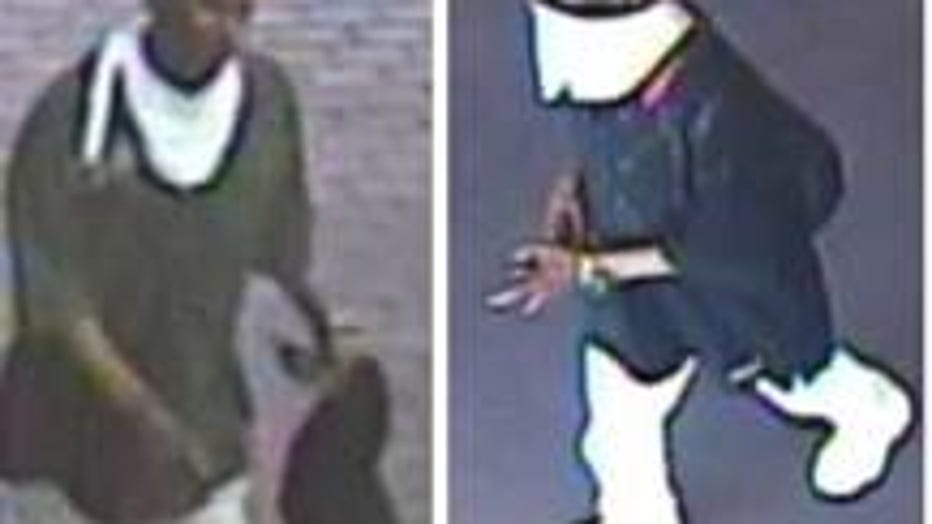 Photos of the stabbing suspect