The Prince William Board of County Supervisors announced Tuesday that Newsham will start as chief there in February 2021. 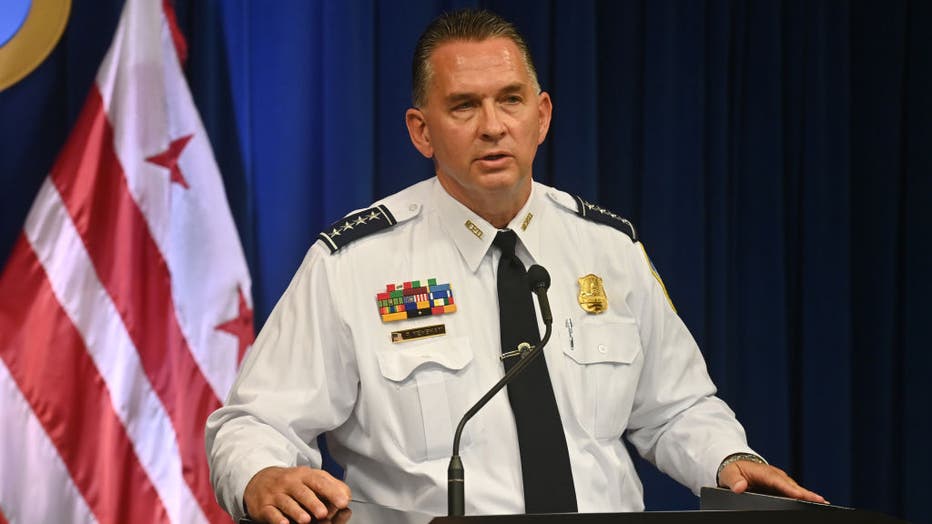 Officials say the announcement comes after a nationwide search with a public survey and competitive hiring process.

Newsham has held the position of D.C. police chief since 2017. He first joined the Metropolitan Police Department in 1989.

“I am excited to join the team and look forward to making a difference in the community,” said Newsham.

"We thank Chief Newsham for 31 years of service to the residents of the District of Columbia. During his time as Chief, he led the department through a time of great change and challenge for our city and our nation, and we appreciate his distinguished service to the District. An interim Chief will be announced soon."

More reaction is pouring in from local leaders after it was announced Tuesday night that DC Police Chief Peter Newsham would soon be leaving to lead the Prince William County Police Department.

“The DC Police Union wishes Chief Newsham the best in his new role as Chief of Prince William County Police. Chief Newsham has led a storied and decorated career serving the District of Columbia and its residents for over 30 years. His contributions to the MPD will not be soon forgotten.

The Union now looks forward to providing some input on Mayor Bowser’s selection for the next permanent Chief of Police.”