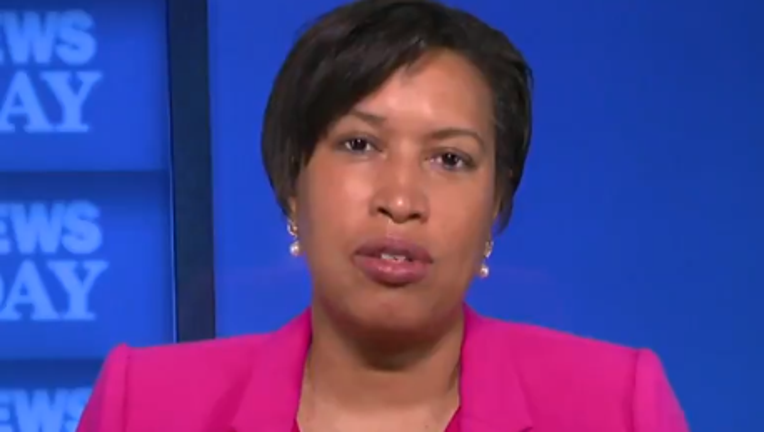 WASHINGTON - While President Trump  is hoping to have the country opened by May 1, Washington, D.C.'s  mayor says the nation’s capital won’t see a surge in COVID-19 infections until June.

Washington, D.C., Mayor Muriel Bowser said in an interview on Fox News Sunday that the current virus modeling shows the city its “medical surge” from the coronavirus pandemic will happen sometime in June.

“We, like all cities and states around the country, are looking at various models to see what they tell us about when our medical surge will happen,” Bowser said. “And we expect that that could happen in Washington, D.C., in June.

She added: “Our residents are doing everything that we ask so that we can push down the number of peak cases and push out when that surge would happen in D.C.”

Bowser said that city officials in Washington, D.C., are looking at the data coming from a number of sources to give their best estimate about when the nation’s capital can once again reopen for business.

“We’re going to follow what the data on the ground tells us,” she said. “As we have heard directly, the president hasn’t issued any stay-at-home orders for any jurisdiction in the United States of America. And we are looking to our own experience in Washington, D.C.”

Bowser also expressed her concerns about how the pandemic is disproportionately affecting black Americans in cities like New York, Detroit, New Orleans, Chicago and Milwaukee. According to Census Bureau data from 2017, more than 47 percent of Washington, D.C., residents are African American.

Of the victims whose demographic data was publicly shared by officials — nearly 3,300 of the nation’s 13,000 deaths thus far — about 42 percent were black, according to an Associated Press analysis. African-Americans account for roughly 21 percent of the total population in the areas covered by the analysis.

A history of systemic racism and inequity in access to health care and economic opportunity has made many African-Americans far more vulnerable to the virus. Black adults suffer from higher rates of obesity, diabetes and asthma, which make them more susceptible, and also are more likely to be uninsured. They also often report that medical professionals take their ailments less seriously when they seek treatment.

“African-Americans are living in substandard housing conditions, which we know impact the levels of asthma, but diabetes and heart disease, this virus is violently attacking,” Bowser said. “So while this is not new, during the COVID 19 response, it certainly calls for national and local actions that are going to change the trajectory for African-American health outcomes in our nation.”