A couple has been arrested in connection with a brutal assault on a senior citizen in Beltsville.

PRINCE GEORGE'S COUNTY, Md. (FOX 5 DC) - Two suspects have been arrested in connection with a "brutal assault" on a senior citizen in Beltsville that was captured on surveillance video, according to Prince George's County Police.

The suspects are 25-year-old Julias Wright of Fort Washington and 44-year-old Christina Felder of Beltsville.

Video showing a brutal assault on a senior citizen in Prince George's County has been released by police as investigators search for the suspect.

The victim, a man in his 80s, remains hospitalized in critical but stable condition.

Police were notified of an assault in a residential parking lot in the 11300 block of Cherry Hill Road on June 2 around 7:30 p.m.

The assault was captured on surveillance video. A suspect can be seen repeatedly striking the victim, who suffered critical injuries. 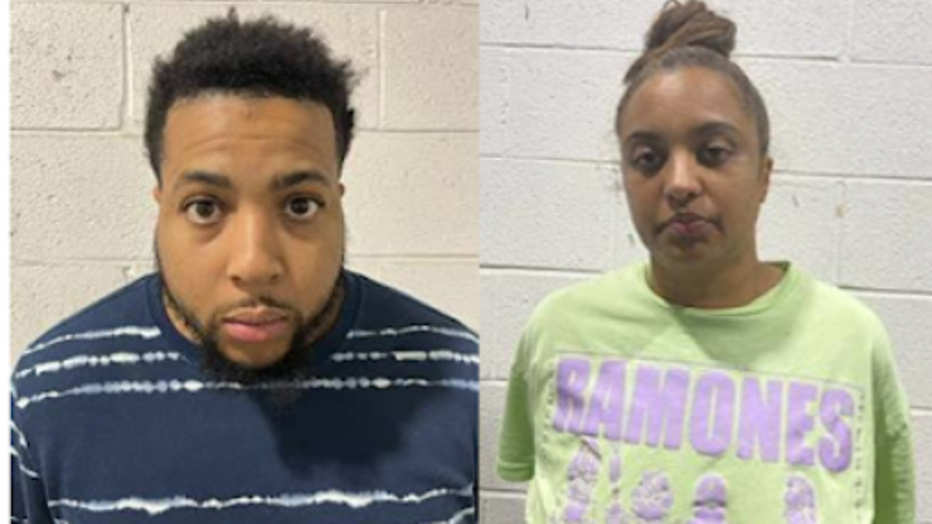 PGPD located the suspects in a Howard County hotel on Friday. The preliminary investigation suggests Felder and the victim got into a dispute that turned physical over damage to Felder’s car potentially caused by the victim when he opened his car door.

Felder then called Wright to the scene. When Wright arrived, he assaulted the victim. The suspects are in a relationship.

If anyone has information relevant to this investigation, they are asked to please call detectives at 301-937-0910.