WASHINGTON - A Connecticut man is facing charges for allegedly assaulting a D.C. police officer during a riot in the U.S. Capitol on Jan. 6.

The incident was captured on a now-viral video showing officer Daniel Hodges being crushed in a door between law enforcement at the entrance to the Capitol, and protesters surging to get in.

According to prosecutors, the video shows McCaughey using a riot shield to physically push Hodges. 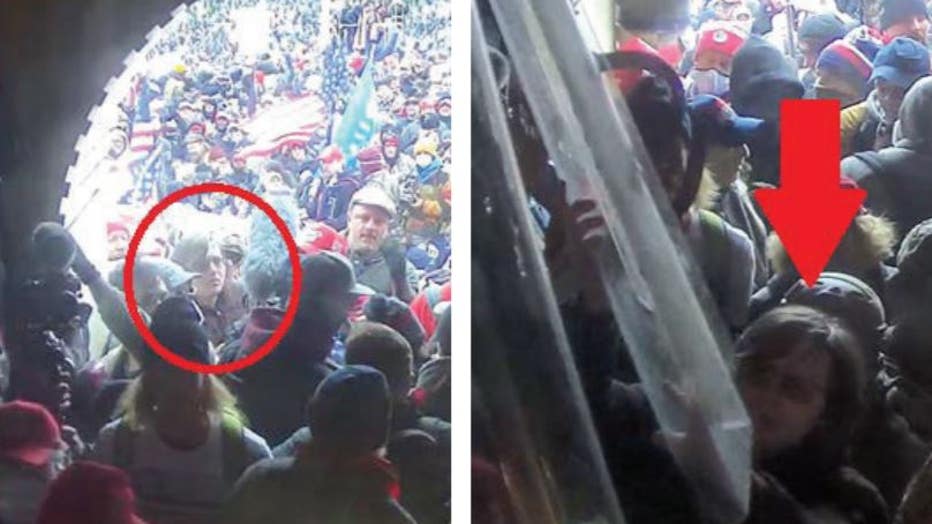 The video also captures the wrenching sound of Hodges screaming in the crush of bodies.

DC Police have identified the officer who was crushed by a door during the US Capitol riot. They tell FOX 5 Officer Daniel Hodges is recovering and doing well. The horrifying video was seen around the world – and one little girl was so upset by it, she decided to write the officer a letter.

"Even after days of seeing so many shocking and horrific scenes from the siege on the U.S. Capitol, the savage beating of D.C. Metropolitan Police Officer Hodges stands out for the perpetrator’s blatant disregard for human life," said Steven M. D’Antuono, Assistant Director in Charge of the FBI Washington Field Office. 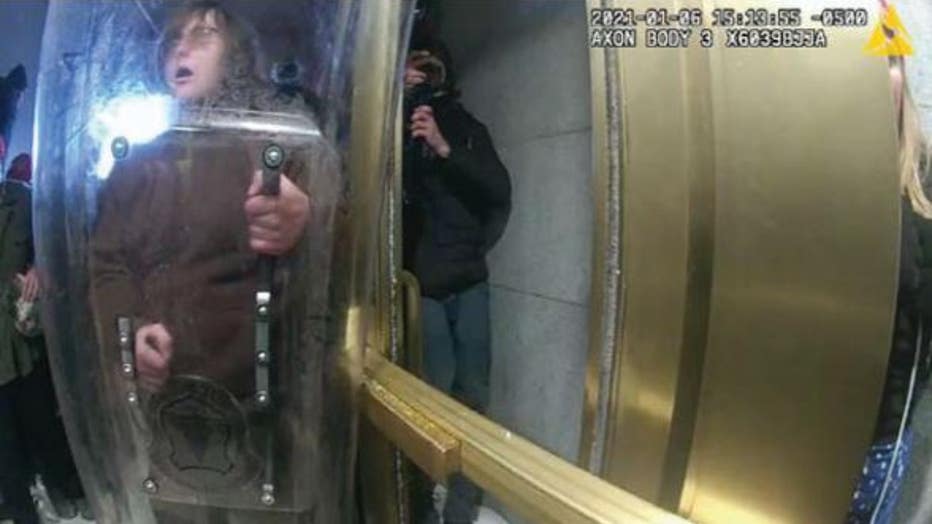 Another rioter can be seen trying to rip off Hodges’ gas mask.

More than 100 people have been arrested in connection with the riot, which led to the deaths of five people, including a Capitol police officer.

The riot erupted in the wake of a rally featuring President Donald Trump, who reiterated his claims that the results of the 2020 election were fraudulent, and called on his supporters to march to the Capitol.