Several hundred residents in Stafford say when it rains it pours, literally, flooding the only roadway to and from their homes, often leaving them stuck in their homes, not by choice. Today’s rainfall was no exception.

STAFFORD, Va. (FOX 5 DC) - Several hundred residents in Stafford, Virginia, say when it rains it pours, literally flooding the only roadway to and from their homes, leaving them stuck in their homes, not by choice. Monday’s rainfall was no exception.

FOX 5’s Tisha Lewis reports the flooding has gotten worse recently, so much so, that county lawmakers are discussing the issue tomorrow.

On Brooke Road and for the thousand-plus residents who live here, it’s the one roadway in and out of their homes.

Monday’s rainfall means many had to come up with alternative plans just in case they became stuck at home due to flooding — it used to happen maybe twice a year but now it happens every time it rains and today was no exception.

Henry Thomassen is just one of many telling FOX 5 the flooding happening on Brooke Road is unacceptable.

Residents who live off Brooke Road say the roadway becomes a danger zone when it rains, cars becoming and stuck in the water and in one case we’re told a car caught fire. 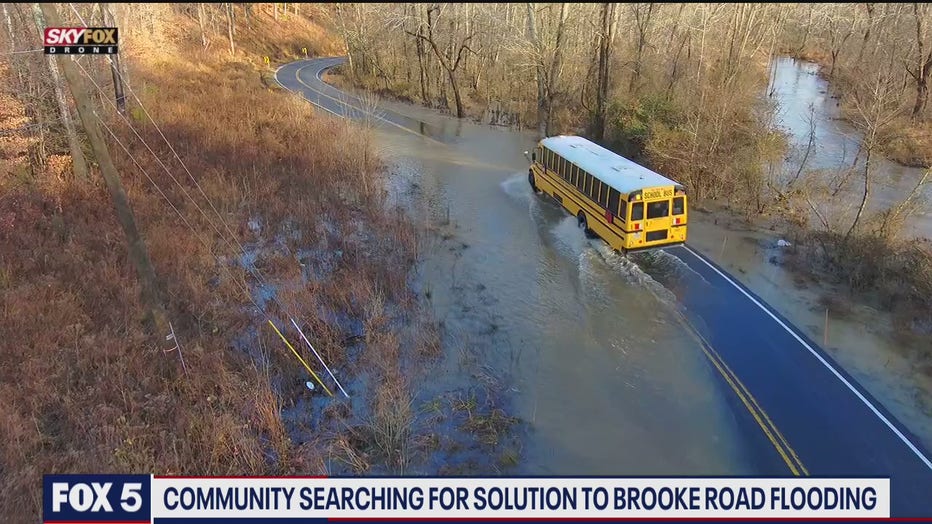 Residents say the recent flooding is due to several new construction developments causing erosion and lack of adequate drainage systems.

Plus, apparently beaver activity along the creek is contributing to the flooding and reportedly poor road design.

“What we’re looking to do is seeing how we can fix that issue whether it’s raising the road or creating a bridge,” said Delegate Joshua Cole, representing  Fredericksburg and Stafford County

There is a board of supervisors meeting Tuesday and FOX 5 has learned the Brooke Road flooding issue will be discussed.

It could reportedly cost between two and ten million dollars to either raise the roadway or build a bridge.

The county is in touch with the state’s department of transportation so by all accounts, everyone is in agreement that this must be fixed.