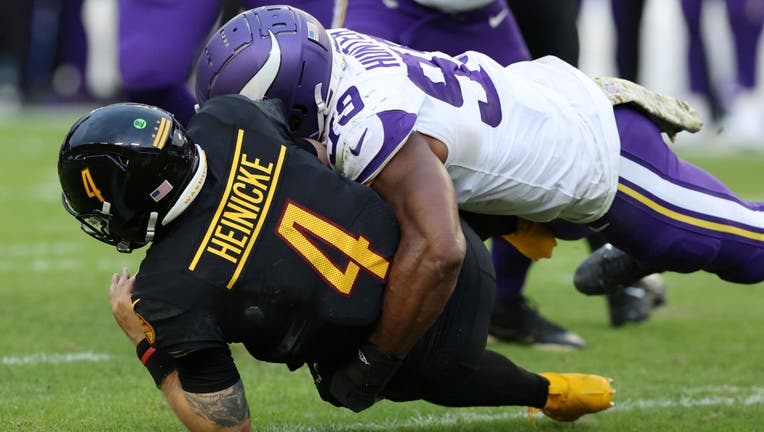 LANDOVER, MARYLAND - NOVEMBER 06: Taylor Heinicke #4 of the Washington Commanders is tackled by Danielle Hunter #99 of the Minnesota Vikings during the fourth quarter of the game at FedExField on November 06, 2022 in Landover, Maryland. (Photo by Tod

WASHINGTON - Kirk Cousins threw two touchdown passes, Harrison Smith picked off Taylor Heinicke to set up the tying score and the Minnesota Vikings came back to beat the Washington Commanders 20-17 Sunday and extend their winning streak to six.

Playing his first game at Washington as a visitor, Cousins rebounded from an interception at the end of the first half and popped back up after one of several big hits he absorbed to lead a 68-yard drive that ended with a field goal by Greg Joseph. 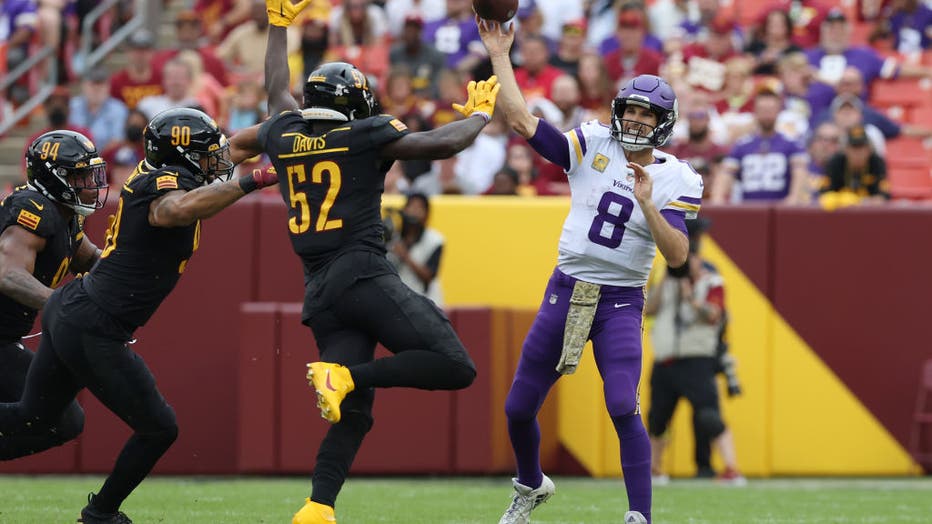 LANDOVER, MARYLAND - NOVEMBER 06: Kirk Cousins #8 of the Minnesota Vikings throws the ball in the second quarter of the game against the Washington Commanders at FedExField on November 06, 2022 in Landover, Maryland. (Photo by Todd Olszewski/Getty Im

Smith’s interception midway through the fourth quarter gave the Vikings the ball in the red zone. Cousins connected with Dalvin Cook on a 12-yard TD pass, which was one of his best throws of the game and compensated for some earlier inaccuracies. He finished 22 of 40 for 265 yards.

After an unnecessary roughness penalty on the initial field goal attempt allowed Minnesota to run more time off the clock, Joseph connected from 28 yards out with 12 seconds left to keep the streak going. 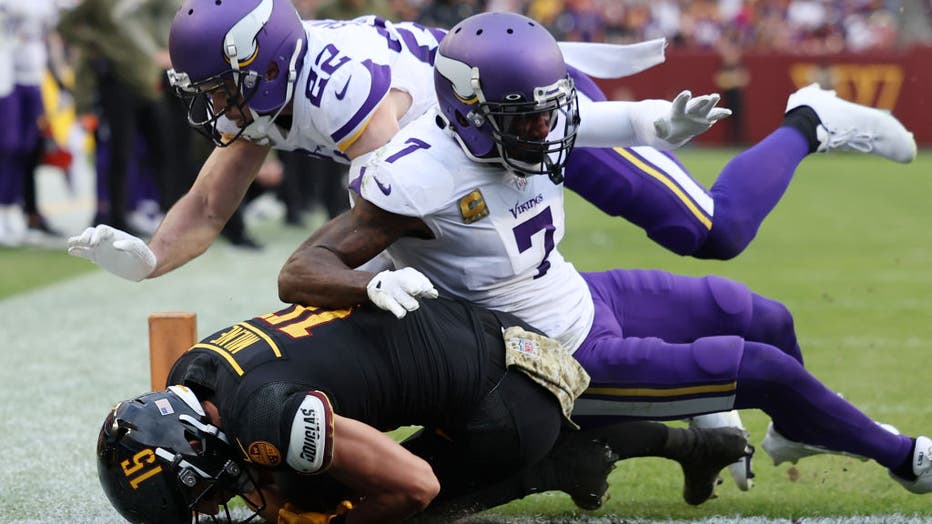 LANDOVER, MARYLAND - NOVEMBER 06: Dax Milne #15 of the Washington Commanders catches a pass for a touchdown against Patrick Peterson #7 and Harrison Smith #22 of the Minnesota Vikings during the fourth quarter of the game at FedExField on November 06

Justin Jefferson caught Cousins’ first TD pass in the first quarter and came down with a 47-yard completion in the fourth. Jefferson finished with seven catches for 115 yards as the Vikings (7-1) extended their lead atop the NFC North and avoided what would have been their first loss since Sept. 19 at Philadelphia.

Heinicke’s magic ran out on the interception after he threw two touchdown passes, including an inexplicable heave into triple coverage that Curtis Samuel came down with after a Minnesota defender ran into an official, and had the crowd chanting his name. He could not lead another game-winning scoring drive, and the Commanders (4-5) had their winning streak snapped at three. 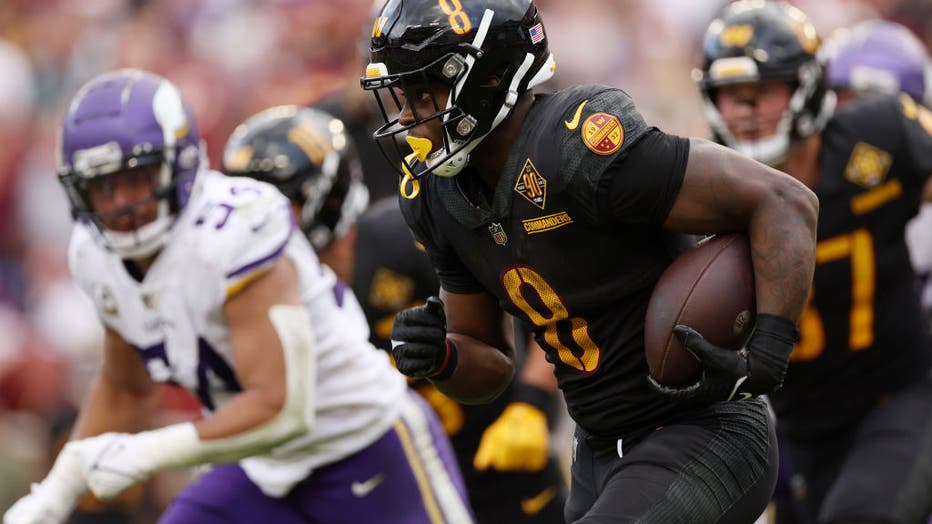 LANDOVER, MARYLAND - NOVEMBER 06: Brian Robinson Jr. #8 of the Washington Commanders carries the ball during the third quarter of the game against the Minnesota Vikings at FedExField on November 06, 2022 in Landover, Maryland. (Photo by Scott Taetsch

The Commanders travel to Philadelphia next Monday night to face the Eagles. Make sure to tune in for pregame coverage on FOX 5 starting at 7:00 p.m.