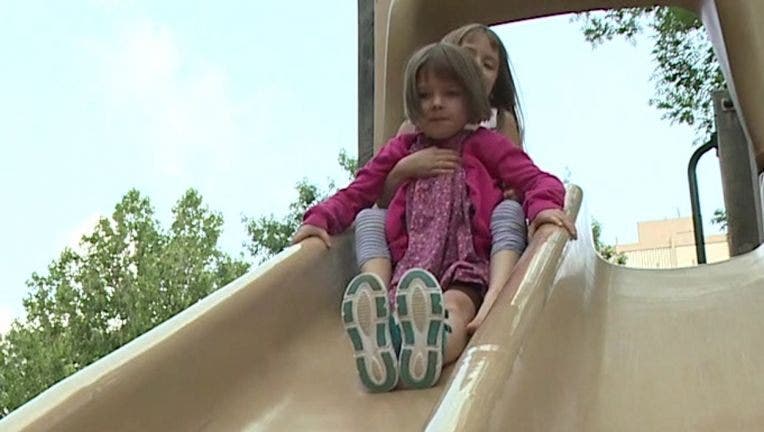 DENVER - A girl with a rare form of epilepsy whose recovery inspired the name of a medical marijuana oil that drew families of children with similar health problems to Colorado for treatment has died after being hospitalized and treated as a likely coronavirus patient, her mother said Wednesday. Charlotte Figi was 13.

Charlotte, who lived in Colorado Springs, died Tuesday after suffering a seizure that resulted in cardiac arrest and respiratory failure, her mother, Paige Figi, said in a statement. Charlotte tested negative for the coronavirus when she was initially admitted to a hospital on Friday but was still treated as a likely COVID-19 case when she was returned to the hospital Tuesday after the seizure because her whole family had been sick for a month with suspected coronavirus symptoms, Figi said.

Her death was first announced by the group co-founded by Paige Figi, Realm of Caring Foundation, to help other families who uprooted their lives for a chance to use cannabis to treat their children's seizures before marijuana became more widely legalized in the United States.

Charlotte’s case and the advocacy of her parents played a significant role in drawing attention to the potential that a drug derived from cannabis could be used to treat epilepsy.

“Some journeys are long and bland and others are short and poignant and meant to revolutionize the world. Such was the path chosen by this little girl with a catastrophic form of epilepsy called Dravet Syndrome,” the announcement said.

At age 5, Charlotte suffered as many as 300 grand mal seizures a week, used a wheelchair, went into repeated cardiac arrest and could barely speak.

With doctors out of ideas, Paige Figi began calling medical marijuana shops. Her symptoms largely disappeared after she began taking an oil created using a strain of marijuana with low THC, the drug's psychoactive compound, but high in the chemical CBD, created by Stanley Brothers, a marijuana business in Colorado. It later named it after her.

Federal prohibition of marijuana has limited research into marijuana and individual compounds' health effects, but Charlotte's family and hundreds of others shared their own experience using it for seizure disorders.

U.S. health regulators in 2018 approved the first prescription drug made with CBD to treat rare forms of epilepsy in young children.

In an online tribute, Stanley Brothers praised Charlotte as “a light that lit the world.”

“She grew, cultivated by a community, protected by love, demanding that the world witness her suffering so that they might find a solution,” it said.

For most, the coronavirus causes mild to moderate symptoms such as fever and cough. But for some older adults and the infirm, it can cause pneumonia and death. Over 300,000 people worldwide have recovered.