WASHINGTON (AP) -- The Latest on the election in the District of Columbia (all times local):

Voters in the nation's capital have decided to support becoming the 51st state, though a vote for statehood doesn't mean another star is getting added to the nation's flag anytime soon.

On the statehood question, voters on Tuesday endorsed a draft constitution that would have city residents electing a governor, not a mayor, and a 21-seat state legislature instead of a city council. The constitution includes new borders for the proposed state, with the White House, the Capitol and the National Mall carved out as a separate federal enclave.

City leaders will now submit the statehood proposal to Congress, which can admit a new state into the union by simply voting to approve the document. But Republicans remain deeply opposed to statehood for both constitutional and partisan reasons: Making the District a state would dramatically shift the balance of power by all but guaranteeing two new Senate seats for Democrats.

As expected, the 73-year-old Gray won a D.C. Council seat on Tuesday.

Gray will represent his home ward on the Council, and could be a major antagonist to Mayor Muriel Bowser, even though both are Democrats.

Gray's return to the Council was all but assured when he knocked off incumbent Yvette Alexander in a primary in June. Democrats outnumber Republicans 12-to-1 citywide and 37-to-1 in Gray's ward.

Gray was dogged by scandal throughout his lone term as mayor as federal prosecutors investigated major financial irregularities in his 2010 campaign. Six people who helped Gray get elected pleaded guilty to felonies. Gray denied all wrongdoing and prosecutors decided not to charge him.

Democrat Eleanor Holmes Norton has been elected to her 14th term as the District of Columbia's delegate to Congress.

The 79-year-old Norton has faced few serious challenges since taking office in 1991, and she rode to victory Tuesday over two minor-party candidates.

As a delegate, Norton can vote in committees but not on the House floor. That's similar to delegates from U.S. territories, including Guam and the U.S. Virgin Islands.

Norton is a longtime advocate for full voting rights in the House and statehood for the District, which has 670,000 residents. The closest the city came to getting a House vote was in 2009, but the bill was pulled from consideration after an amendment was added to repeal the city's strict gun-control laws.

Hillary Clinton has defeated Donald Trump in the District of Columbia, and she wins its three electoral votes.

Clinton had been expected to take the win in Washington in a landslide in the Tuesday election. President Barack Obama got 92 percent of the District's vote in 2008 and 91 percent in 2012.

Elections officials say some voters in Washington were told they were not registered, even though they believed they had.

Tamara Robinson, spokeswoman for the D.C. Board of Elections, said by phone Tuesday that lag time between people who registered to vote caused a delay in that information showing up at precincts. She did not know how many voters were affected.

Robinson says anyone who has a voter registration card, driver's license or other proof of residency will be allowed to vote. Those without proof can cast a provisional ballot.

District of Columbia voters are making their choices for president and some D.C. Council seats, as well as casting ballots on a referendum on statehood for the nation's capital.

Retired U.S. Commerce Department worker Chiquita Reams voted for Democrat Hillary Clinton for president at her polling place on Pennsylvania Avenue Southeast. She says she's never forgotten a thank-you letter she got from then President Bill Clinton and his wife. They wrote to her after Commerce Secretary Ron Brown died in a plane crash in 1996 to thank her for coming to the White House for a week to help answer phones as Brown's funeral plans were made.

If District voters approve the statehood referendum, the proposal would still require congressional approval. Williams says he voted to support statehood because the District needs representation in Congress.

District of Columbia residents are preparing to vote on whether the city should become the nation's 51st state.

Tuesday's vote on a statehood referendum provides the most intrigue to a sleepy general election in the nation's capital, where Democrats outnumber Republicans 12-to-1. Hillary Clinton is expected to easily win the District's three electoral votes.

Statehood has long been a politically popular, if unrealistic, goal for District leaders. The referendum won't change that, but it would create a proposed constitution with new borders that carve out the White House, the Capitol and the National Mall. It would then be sent to Congress, where Republicans could easily block it from a vote.

District residents will also vote on whether former mayor Vincent Gray should return to the D.C. Council. 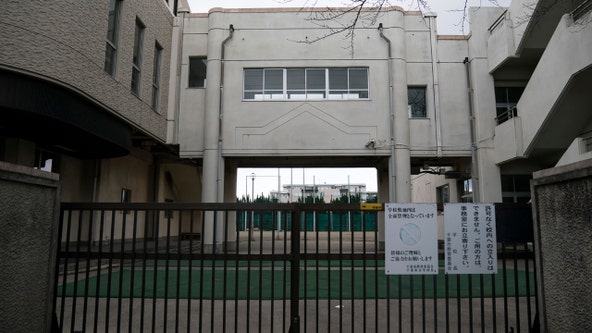