Climate change protesters marched through the streets of DC on Friday.

WASHINGTON (FOX 5 DC) - Climate change activists marched through the streets of downtown DC on Friday and the demonstration caused traffic jams in the District.

The protesters, who call themselves Shut Down DC, planned to surround the World Bank and disrupt the K Street, NW corridor, Foggy Bottom and the area around the White House. Demonstrations got underway at about 7:30 a.m.

Shut Down DC said it is protesting to "shut down business-as-usual for the financial institutions that profit off of the climate crisis and immigrant detention."

The group says it plans to meet at Franklin Square at 11 a.m. for a rally featuring Jane Fonda among other climate change activists.

TRAFFIC MAP: Dealing with the traffic disruption? Get your real-time traffic report here 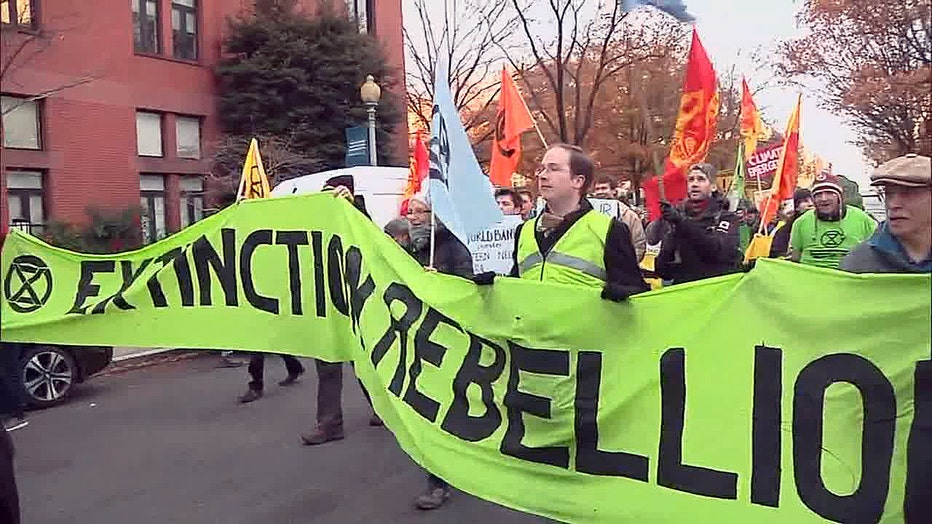 Climate change protesters march through the streets of DC on Friday, Dec. 6, 2019.

Shut Down DC says it will then march through the streets of the District to visit banks and financial institutions.

Demonstrators staged similar protests in September, stating their purpose was to raise awareness about climate change by “disrupting business as usual in the nation’s capital.”