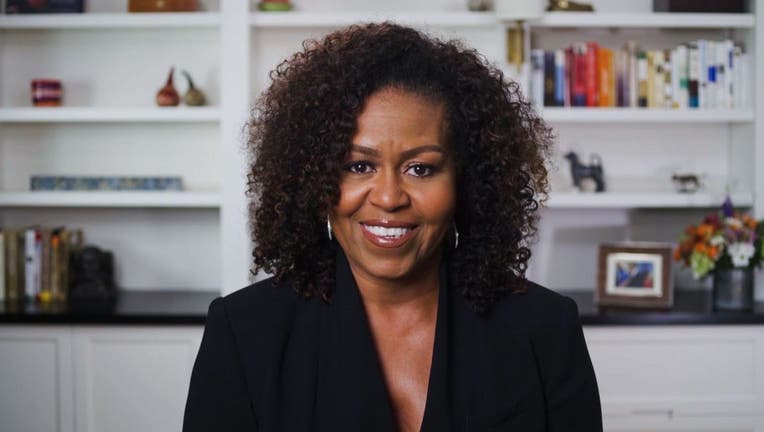 VARIOUS CITIES - JUNE 28: In this screengrab, Michelle Obama is seen during the 2020 BET Awards. The 20th annual BET Awards, which aired June 28, 2020, was held virtually due to restrictions to slow the spread of COVID-19. (Photo by BET Awards 2020/G

JONESBORO, Ga. - A Georgia school board will seek permission to rename an elementary school for former first lady Michelle Obama.

The board selected Obama over former U.S. Congressman John Lewis, the Atlanta Journal-Constitution said. Two dissenting board members voted in favor of naming the school in honor of the civil rights icon.

Under district policy, the system must now reach an agreement with Obama, board chairwoman Jessie Goree said. If Obama declines, leaders will seek permission to name the school after Lewis, officials said.

The Journal-Constitution said Obama has ties to the county south of Atlanta. Her great-great-great-grandmother was enslaved on a farm in northeastern Clayton, according to the outlet.