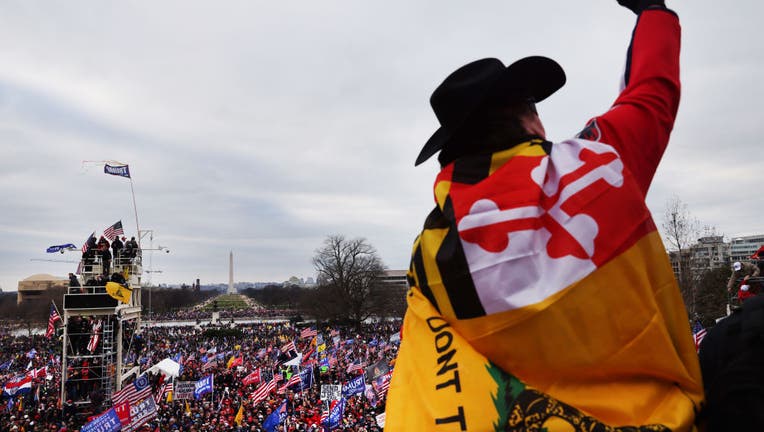 WASHINGTON (FOX 5 DC) - A Maryland man who was accused of assaulting police during the riot at the U.S. Capitol on January 6 was ordered released to his home Friday as he awaits trial for his suspected role in the insurrection.

On Tuesday, Matthew Miller, of Howard County, pleaded not guilty to a long list of charges in connection to the riot.

A judge ordered Miller to be released to the care of his mother with GPS monitoring.

Court documents say Miller cannot leave his home except for work, he cannot own any weapons and he is banned from contacting any victims or witnesses in the investigation.

Miller has been accused by federal prosecutors of attacking police with a fire extinguisher.