WASHINGTON - Mayor Bowser's request for the National Guard to assist with the influx of migrants arriving in the District has been denied once again.

According to a copy of the letter sent to Bowser, the Department of Defense says it cannot fulfill the request for a number of reasons, including that the D.C. National Guard has no specific "experience, training or unique skills" to provide feeding, sanitation or facility management to support a respite center.

Bowser wrote a letter to Secretary of Defense Lloyd Austin in early August requesting for the second time that 150 D.C. National Guard members be deployed to the nation's capital to assist with the arrival of migrants. 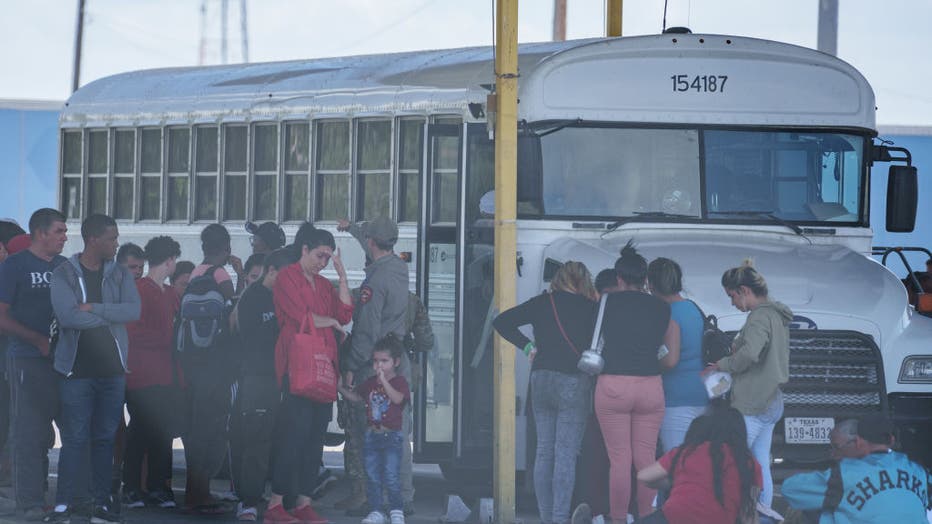 "The District of Columbia writes to provide additional information to support our July 19 request to deploy the DC National Guard (DCNG) to help prevent a prolonged humanitarian crisis in our nation's capital resulting from the daily arrival of migrants in need of assistance," she wrote in the letter.

Busloads of migrants have been arriving in the Nation's Capitol from Texas and Arizona for months. Texas Gov. Gregg Abbott hopes the effort to bus the migrants to D.C. and New York City will get the attention of federal lawmakers and persuade the Biden administration to take action in securing the southern border.

DC mayor asks for National Guard to help with migrants

After years of calling the nation's capital a "sanctuary city" for illegal immigrants, D.C. Mayor Muriel Bowser is now pleading with the White House to send in the National Guard to deal with a flood of undocumented migrants who have been arriving on buses from border states.

"We are going to move forward with our planning to ensure that when people are coming through D.C. on their way to their final destination that we have a humane setting for them," she tweeted.

The busing of migrants to the nation's capital is part of Operation Lone Star, a joint effort between the National Guard and Texas agencies to clamp down on the flow of migrants coming into Texas from Mexico, and to stop the flow of weapons, drugs and human trafficking.

Since its launch, thousands of migrants have been transported to Washington in hundreds of buses.