The video shows officers fatally shoot 56-year-old Everton Brown, who police say killed three of his neighbors before setting his house on fire the morning of May 8th in the 7500 block of Maury Road in Woodlawn. 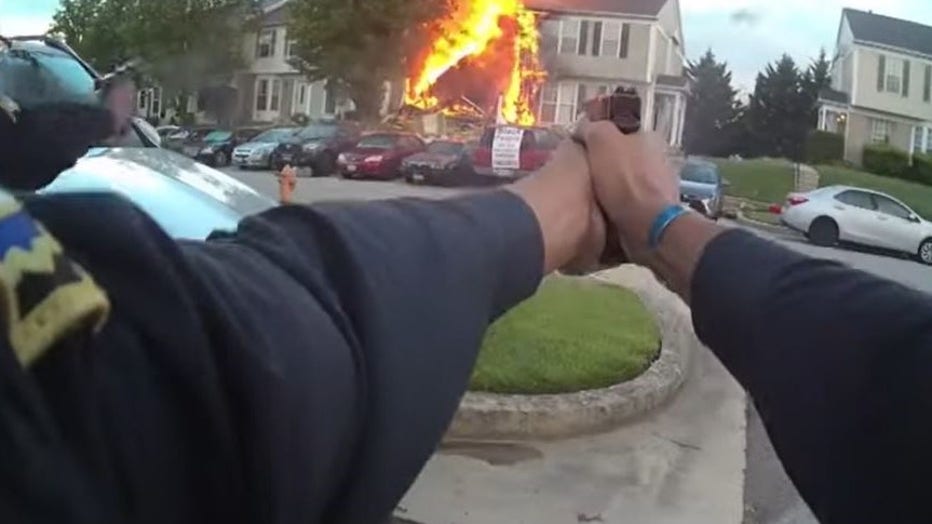 The video shows officers arrive to the fiery scene at 6:40 a.m. Saturday, May 8th.

One officer identifies Brown near a red truck parked in front of the house fire before police opened fire. The body camera footage shows Brown drop a gun after being shot.

Brown was shot next to a truck with a large sign reading: "Black people are the tool used to maintain racism."

Police say they rendered aid after Brown was neutralized. Brown later died of his injuries on the way to a hospital.

No officers were injured at the scene.

Police say they later recovered Brown's handgun and knife at the scene, and several homemade explosive devices inside Brown's home.

The officers who shot Brown remain on administrative duty.

Police have yet to reveal a potential motive for Brown's triple homicide.