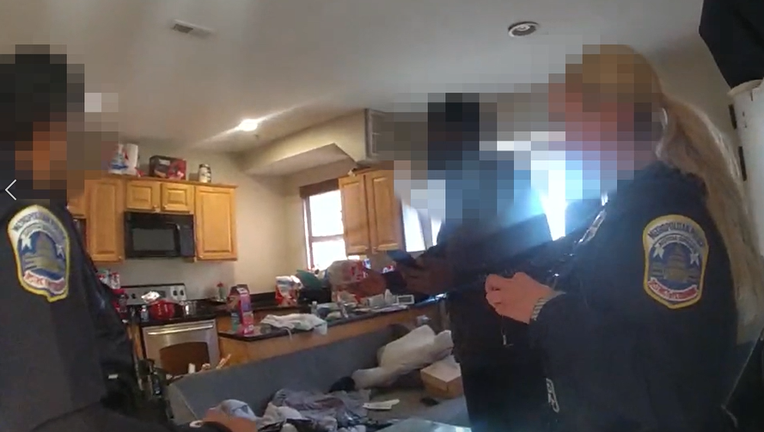 Newly released body camera footage shows the moments leading up to a fatal police shooting of a man Monday inside a Southeast DC home.

Police say they were attempting to serve a temporary protection order Monday, Oct. 18 in the 1300 block of Congress Street Southeast before the shooting.

You can see police encountered a man arguing with a woman inside the apartment.

Police said earlier this week that an officer shot the man during a physical struggle that occurred while attempting to handcuff the suspect.

That man, 30-year-old Deandre Johnson of Southeast, later died at the scene.

The officer who shot Johnson is now on administrative leave, pending the result of the department's internal investigation. Police did not identify the officer.

Newly released body camera footage shows the moments before and after D.C. police shot and killed a man during a domestic dispute Monday, Oct. 18 in Southeast D.C.