PLANT CITY, Fla. - Most kids can instantly recognize a firefighter by their uniform, but it's different for a child who is blind.

That all changed for 6-year-old Junie during a recent trip to Plant City Fire Rescue's Station #3 with fellow homeschool students.

The group got the chance to tour the station and explore the fire trucks. But for Junie, the most meaningful part of the visit was the opportunity to get some hands-on experience. 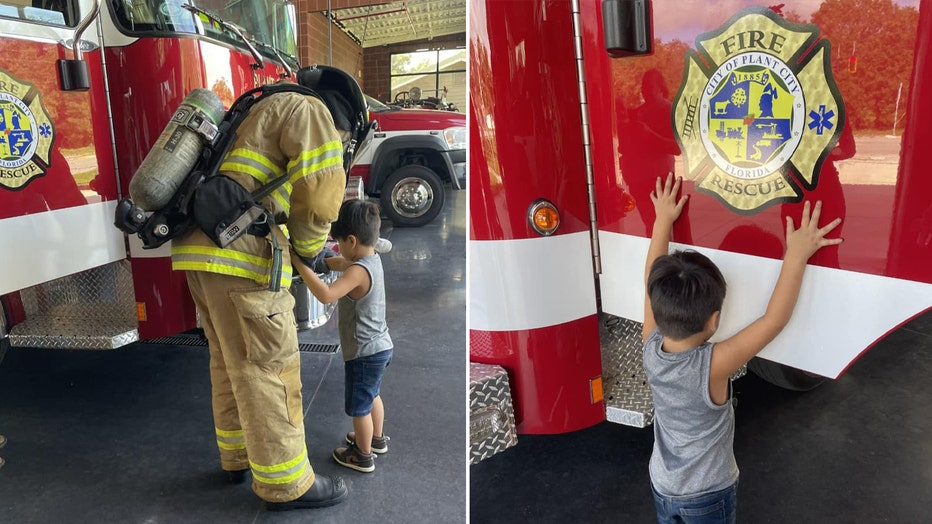 "His favorite part was spending time with this patient firefighter who allowed Junie to feel all over his uniform and gear, touch whatever he wanted, hear the sounds his equipment made, and answered all of his questions," Junie's mother, Destiny Fiaschetti, wrote on her Facebook page, Adventures of a June Bug.

She took video as Junie used his hands to see, running them over each part of the firefighter's uniform from his mask to his oxygen tank to get an image in his mind. As he touched each piece of equipment, the firefighter explained what it was and how it functioned.

"He said he especially liked learning about the firefighter’s microphone and how he talks, being in the fire truck parking area, and touching the fire truck," Fiaschetti told FOX 13. "He loved it! He keeps re-enacting what he learned, pretending he’s asleep and then getting the call from dispatch and jumping up running to the truck and putting the gear on." 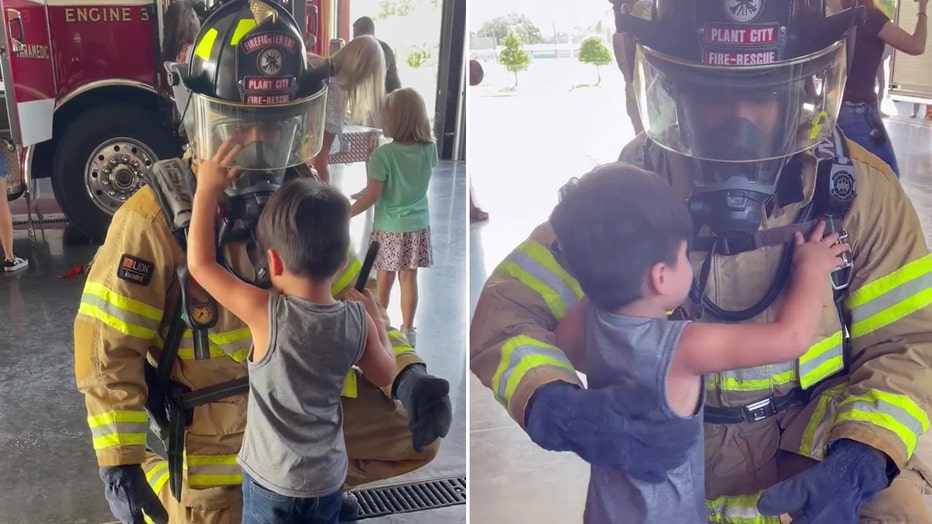 Junie has septo-optic dysplasia, a rare disorder of early brain and eye development, which left him completely blind. His mom said he has never had an idea of what a firefighter looked like before, outside of hearing fire trucks and sirens.

"This absolutely left a lasting impression on Junie and gave him his very first image of a firefighter in his mind," Fiaschetti said.

"Knowing what firefighter uniforms and gear feels like, and the purpose it serves, can help visually impaired children be prepared for any possible emergency," Plant City officials said, while firefighters added, "We are grateful for the chance to help Junie feel comfortable with emergency responders."

Fiaschetti said she hopes this will help people to recognize how simple acts can make a big difference to people like her son.

"My biggest thing with sharing was just that people recognize blindness isn’t a lack of seeing but seeing differently," she said. "He is not less than, just different, and there is beauty in that."