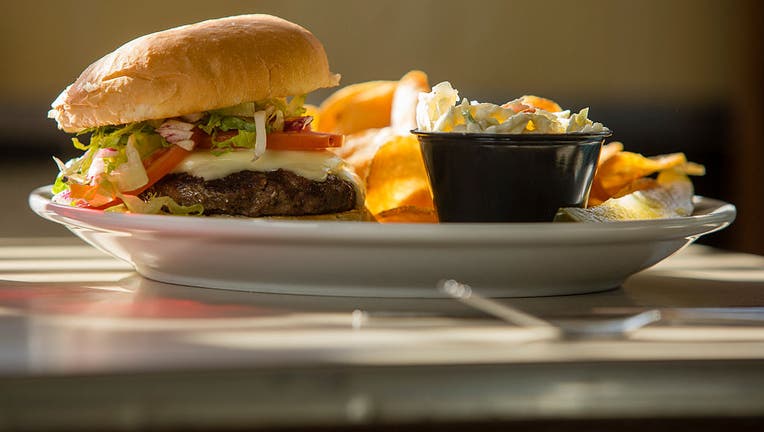 LOS ANGELES - Binge eating disorder looks different in the brains of boys and girls, according to new research, which may help future efforts to better understand the origins of eating disorders and how they differ between sexes.

The study, published on Oct. 28 in the journal Psychological Medicine, was the first known comparison of the brains of boys and girls with binge eating disorder — the most common eating disorder in the United States.

The disorder, which is both severe and treatable, is characterized by recurrent episodes of eating large quantities of food, often very quickly and to the point of discomfort, according to the National Eating Disorders Association (NEDA).

In children, boys represent about 57% of those with binge eating disorder. The figure changes among adults, however, with adult males representing about 43% of those who struggle with the disorder.

Taylor Swift discusses past struggles with an eating disorder.

The pop star told Variety about her past struggles with an eating disorder.

The new research, which builds on an earlier study suggesting that binge eating disorder is wired in the brain from an early age, included 38 boys and 33 girls who had a diagnosis of binge eating disorder. The data was pulled from the Adolescent Brain Cognitive Development study, the largest study in the U.S. assessing brain development.

The team of researchers from USC studied the gray matter density in the brains of nine- and 10-year-olds using a neuroimaging technique that enables scientists to examine differences in structural brain anatomy across the entire brain.

The findings also present critical evidence that males, who in the past have been left out of research on eating disorders, must be included in future efforts to understand the origins of eating disorders, the team said.

"Males have been excluded from research on eating disorders for decades," study author Dr. Stuart Murray, an associate professor of psychiatry and the behavioral sciences at USC’s Keck School of Medicine, said in a statement.

Murray noted how that exclusion was perpetuated by the belief that it was uncommon for males to have eating disorders.

"As a result of the exclusion of boys and men, we have developed treatments only from studying females, which we then apply to boys and men and hope they work with the same efficacy," Murray added.

But in recent years, the team said it’s become increasingly clear that some eating disorders are nearly as prevalent among men and boys as among women and girls. Meanwhile, research has uncovered more evidence eating disorders are diseases of the brain and not the result of social pressure or a lack of willpower.

In the future, Murray and his team plan to test to see whether, in addition to having different structures, the brains of males and females with binge eating disorder function differently.

The Adolescent Brain Cognitive Development study, which provided the data for this research, was supported by the National Institutes of Health.