Voters cast their ballots for president more than a month ago, but the votes that officially matter will be cast Monday. That’s when the Electoral College meets.

WILMINGTON, Del. - President-elect Joe Biden addressed the nation Monday night after the Electoral College finalized his win in the 2020 election.

“Our democracy — pushed, tested, threatened — proved to be resilient, true and strong,” Biden said. “More Americans voted this year than have ever voted in the history of the United States of America.”

California’s 55 electoral votes put Biden over the top, clearing the 270-vote mark that affirmed he will be the nation’s next president.

“In this battle for the soul of America, democracy prevailed,” Biden said. “We the people voted. Faith in our institutions held. The integrity of our elections remains intact. And so, now it is time to turn the page. To unite. To heal.”

The Electoral College gave Biden a solid majority of its votes, which took on added importance this year because of President Donald Trump’s refusal to concede.

Biden said his Electoral College victory of the same magnitude as President Donald Trump’s in 2016 is a signal that the current president should finally accept his defeat in this year’s election.

Biden noted that Trump called his own 2016 tally of 306 electoral votes a “landslide.” Biden said that if such a margin constituted a clear victory then, he wanted to “respectfully suggest” that Trump now accept his victory this year.

Trump continues to file lawsuits in a bid to overturn the election results, but has yet to prevail in any cases.

His latest blow came Monday when the Wisconsin Supreme Court rejected his lawsuit to disqualify more than 221,000 votes in Dane and Milwaukee counties. Trump sought to disqualify absentee ballots cast early and in-person.

Liberal Wisconsin Supreme Court Justice Jill Karofsky blasted Trump’s case during Saturday's hearing, saying it “smacks of racism” and was “un-American.” Conservative justices voiced some concerns about how certain ballots were cast, while also questioning whether they could or should disqualify votes in only two counties.

Biden addressed Trump and his legal effort, also taking aim at violent threats that have been made against poll workers in the weeks since the election.

Biden said local election officials and workers endured threats of violence and verbal abuse while ensuring that democracy prevailed in the November election. Biden said that the threats were “simply unconscionable” but that the workers showed courage and commitment to free and fair elections in the face of the coronavirus pandemic.

“Time and again President Trump’s lawyers presented arguments to state officials, state legislatures, state and federal courts and all the way to the United States Supreme Court twice,” he said. “In every case, no cause or evidence was found to reverse or question or dispute the results.”

Shortly after the Electoral College wrapped up its voting, Trump announced on Twitter that Attorney General William Barr, one of the president’s staunchest allies, said he would depart the White House just before Christmas. The resignation came amid lingering tension over the president’s claims of election fraud, which Barr said there wasn’t evidence to support. 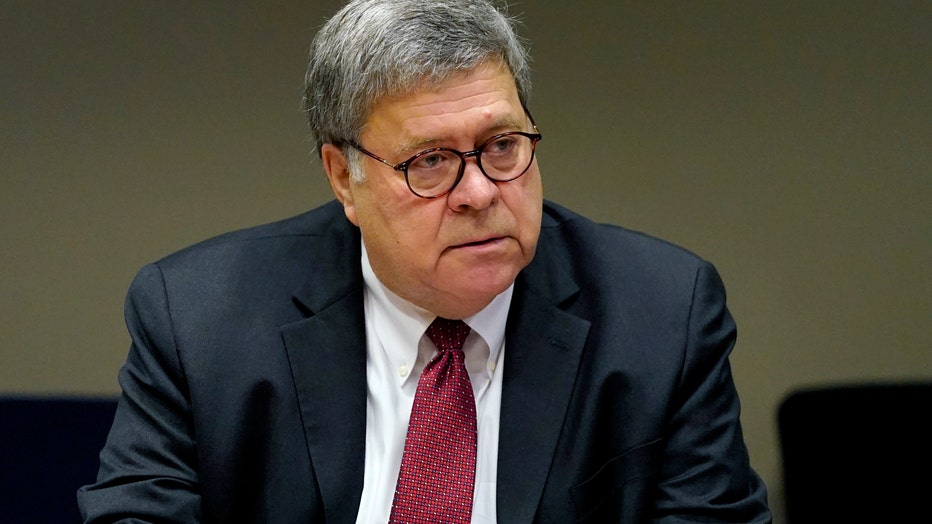 Trump has publicly expressed his anger about Barr’s statement to The Associated Press earlier this month that the Justice Department had found no widespread fraud that would change the outcome of the election.

Biden ended his speech by addressing the grim milestone of the country surpassing 300,000 deaths from COVID-19 since the pandemic began.

RELATED: US surpasses 300,000 COVID-19 deaths, according to Johns Hopkins

“My heart goes out to each of you in this dark winter of the pandemic,” he said, vowing that the country will make it through this dark time.

The next step for Biden will be his inauguration, which will take place on Jan. 20.