Nathan Pace posted footage on Nov. 19, 2021, of the longest partial lunar eclipse in hundreds of years from his vantage point in Linton, Indiana. Credit - Nathan Pace via Storyful

Stargazers in locations around the world were treated to one of the most awe-inspiring celestial events of the year early Friday: the longest partial lunar eclipse in hundreds of years. 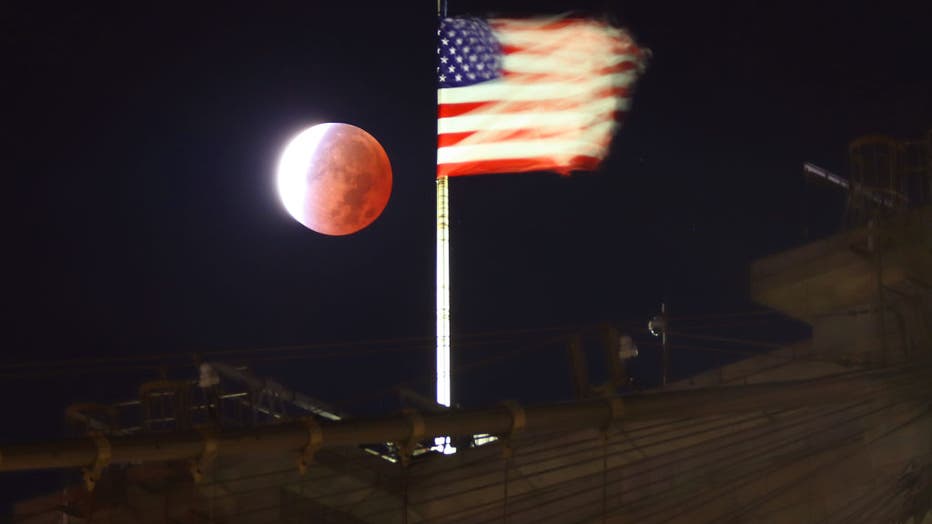 The Beaver Moon turns red during a partial lunar eclipse over the Brooklyn Bridge on Nov. 19, 2021, in New York City. (Photo by Gary Hershorn/Getty Images)

NASA said the "almost total" lunar eclipse was visible to all of North America, as well as large parts of South America, Polynesia, eastern Australia, and northeastern Asia.

The dazzling event, in which the Sun, Earth and moon align so that the moon slips into Earth’s shadow, also coincided with November’s full "Beaver Moon" — which appeared to have a reddish hue. 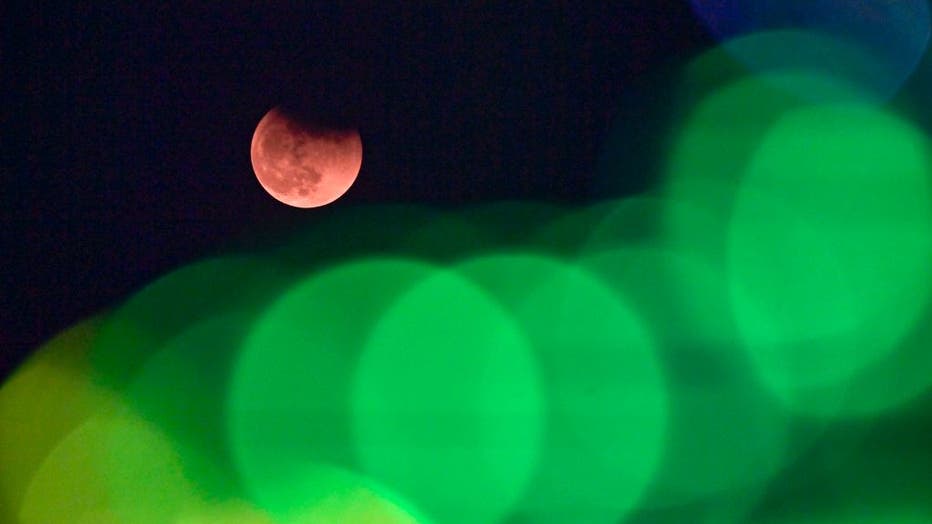 "Imagine all of the sunrises and sunsets from the Earth are projected onto the lunar surface. That’s why it takes on that beautiful sunset, sunrise glow," Dr. Noah Petro, a lunar reconnaissance orbiter project scientist, previously told FOX Television Stations. "This is an event that doesn’t happen all that often, and if you’re outside to enjoy it, take a moment to take a picture with the red moon."

Many skywatchers shared videos and images of the partial lunar eclipse. Nathan Pace posted a video showing the progression of the event from his vantage point in Linton, Indiana. Another video, recorded by Brenda Lee, showed the view from Dallas, Texas.

Stargazers in the U.S. marvelled at the night sky in the early hours of Nov. 19, 2021, as the longest partial lunar eclipse in hundreds of years began. Credit - Brenda Lee via Storyful from Sachse, Texas

NASA said the next time Earth will see a partial lunar eclipse as long as Friday’s event will be on Feb. 8, 2669 — 648 years from now.

November also came with the Leonid meteor shower, which peaked earlier this week. The Leonids are bright meteors, can also be colorful, and are considered to be some of the fastest meteors out there, according to NASA.