Maryland transportation officials shut down the Bay Bridge on Thursday in order to facilitate transporting four 'ultra-large' cranes bound for the Port of Baltimore.

CHESAPEAKE BAY, Md. - Maryland’s Bay Bridge was briefly shut down on Thursday in order to accommodate four cranes headed to the Port of Baltimore aboard a ship.

According to the Maryland Department of Transportation, the same cranes were slated to temporarily shut down the Key Bridge around noon.

The cranes are loaded aboard ships – but officials were keen on avoiding distracting drivers headed across the bridge. 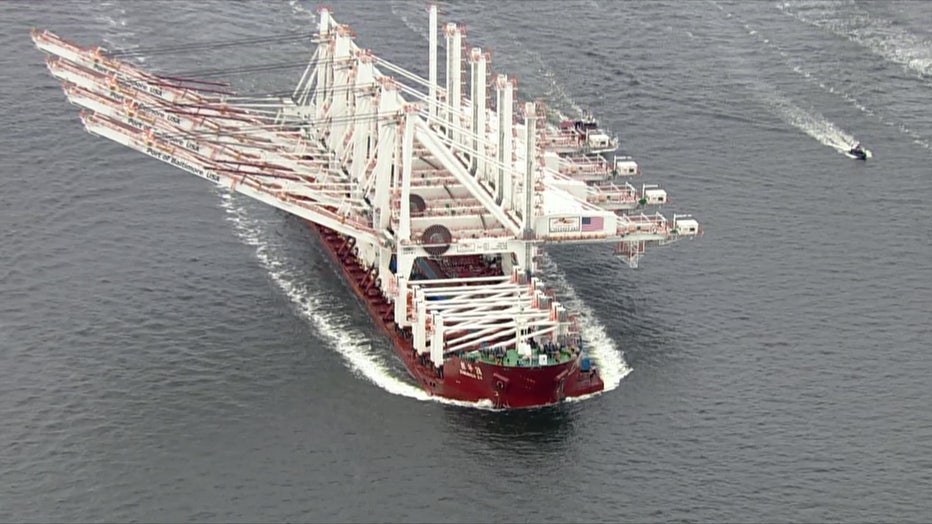 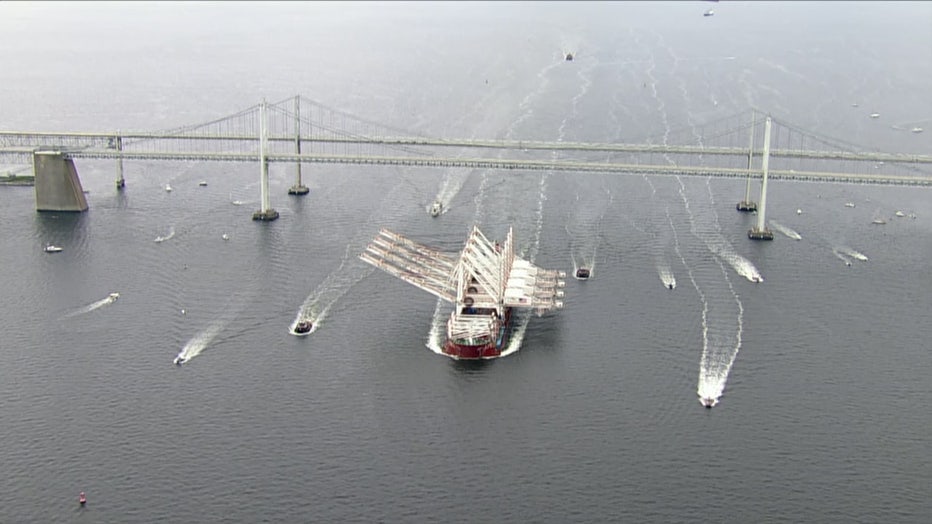