Fox 5's Stephanie Ramirez reports that the D.C. Human Rescue Alliance is investigating a video that allegedly shows a dog being abused in Northwest.

WASHINGTON - Disturbing video sent to FOX 5 shows yet another case of animal abuse caught on camera.

In a series of surveillance videos sent to FOX 5, you can see what appears to be a male violently whipping around a small dog while that animal is on a leash. The person is seen yanking the animal forward with force multiple times.

FOX 5 was told this violent action was caught on camera Friday morning, between the hours of 12:45 and 1:30 a.m. near the 1200 block of Queen St. Northeast. This is in the Trinidad neighborhood of Washington D.C.

The tipster who sent the video called the actions "disgusting," "brutal," and an "attempted murder." They say they want to make sure those responsible are caught.

D.C.’s Humane Rescue Alliance confirmed they began actively investigating this case once they were made aware of it on Friday morning.

FOX 5 was told the person seen whipping the dog around then tried to "dump" the dog in a trash can. However, someone apparently decided to go back for the dog.

It’s not clear if this is a second suspect or the same person now appearing in different clothing, but the animal re-appears on video with a male. This time the animal is on the ground The dog appears to be struggling as it moves. The male is seen bumping the dog with a trash can and even propping up the dog, in an apparent attempt to get the animal to move.

Because this is an active investigation, the D.C. Humane Rescue Alliance could not go into details on the case. FOX 5 was told the animal had not been located yet as of Saturday morning. Humane Rescue Law Enforcement officers confirmed they executed a search warrant at the Queens Street house, but were unable to find the dog.  Investigators do not know if the animal is dead or alive, but they are continuing the search. 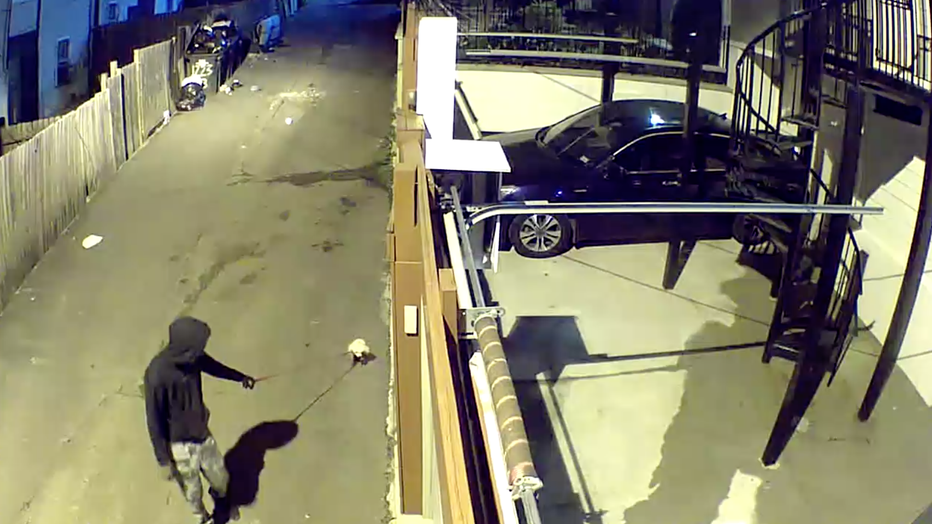 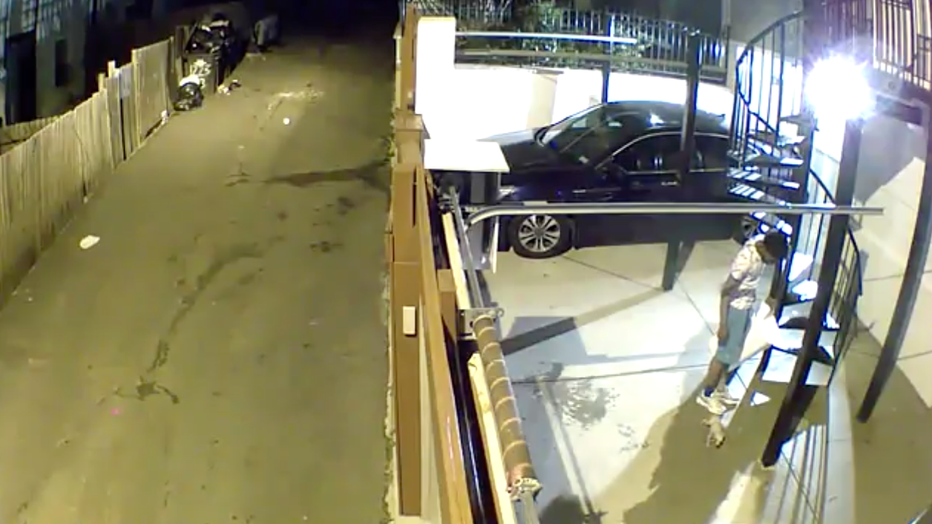 Last month a dog was seen on video kicked and another dog was captured on camera, being slammed into the ground.

The Humane Rescue Alliance’s Director of Field Services told FOX 5 they are not exactly seeing an increase in animal abuse cases, but they are seeing more videos as more and more people purchase home surveillance videos. As gut-wrenching as many of these videos are, it does help animal control officers in their investigations.

FOX 5 was told animal cruelty is taken seriously by District officials. Actions that harm or kill the animal could be a felony with up to five years behind bars and/or up to a $25,000 fine.

If you have any information in on this case or others, please call the Humane Rescue Alliance’s Anonymous Tip Line: 202-723-5730.