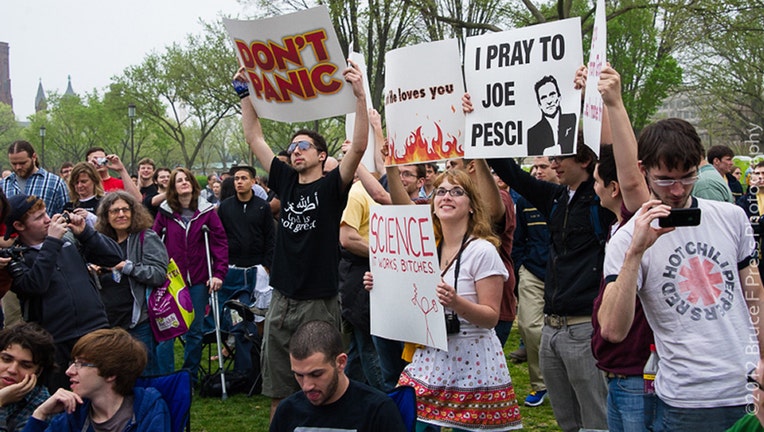 WASHINGTON - Atheists and their supporters will gather on the steps of the Lincoln Memorial on Saturday in Washington.

Lyz Liddell, executive director of the Reason Rally Coalition, told FOX 5 the rally is to showcase the presence and power of the nonreligious voting bloc, and to demand that reason be put at the forefront of their public and political discourse.

Reason Rally 2016 organizers said they expect about 30,000 people to attend the free event to the public, which will be held from 10 a.m. to 7 p.m., according to their website.

Liddell says the rally is also an effort to celebrate the atheist community.

The first Reason Rally was held in 2012, four years ago. Thousands of atheists, humanists, and others gathered on the National Mall to show the American public that the number of people who don't believe in a god is growing into a force to be recognized and reckoned with, according to their website.

The stage is set up between the memorial and the reflection pool, there is an area for people to bring blankets and chairs to hang around and listen to the speakers.

The issues that will be discussed are, LGBTQ Equality, Climate Change and Women's Reproductive Rights.