A Catholic school in Northeast D.C. is raising money to help repair the damage caused when vandals destroyed several concrete structures including a statute of the school's namesake.

WASHINGTON (FOX 5 DC) - An arrest has been made in connection with a burglary and vandalism incident at St. Anthony Catholic School in D.C.

Demitrius Hansford, 32, of Northeast, DC, was arrested and charged with burglary and destruction of property. 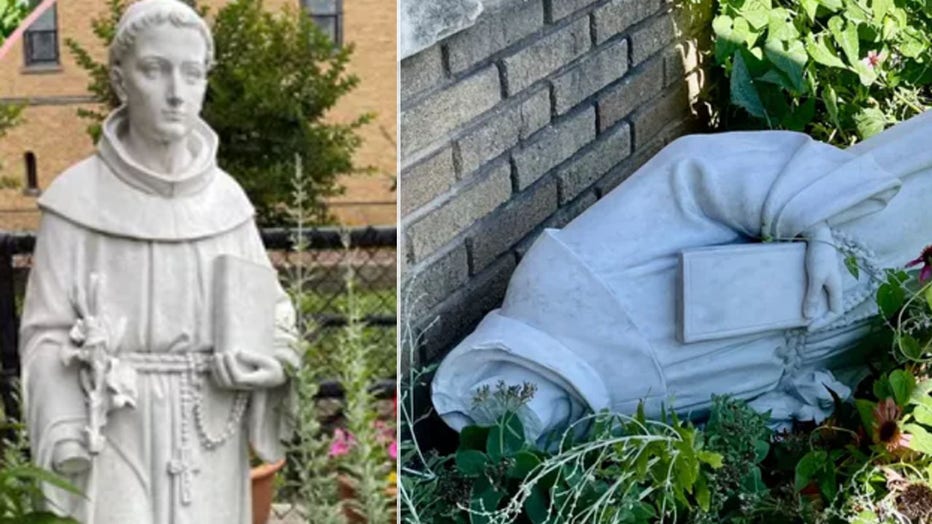 The school said three playground benches were pulled from the ground, a concrete windowsill was broken, and the St. Anthony statue was knocked down and damaged. The head of the statue is still missing.

DC Police says they are investigating these offenses as potentially being motivated in whole or in part by hate or bias.