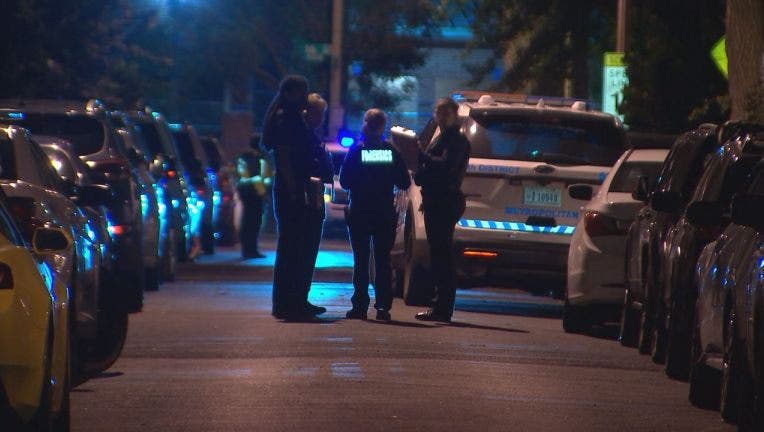 D.C. Police investigate the scene after a double killing on Rosedale Street, Northeast.

WASHINGTON - Police say they've made an arrest after a double killing this week in Northeast D.C.

27-year-old Davon Peyton of Alexandria faces a first degree murder charge after the double shooting Wednesday in the 1600 block of Rosedale Street, Northeast.

Police say they found the two men dead in a home after the shooting at 9:47 p.m. Wednesday.

They identified the victims as 24-year-old Devon  Miller of Northeast DC and 27-year-old Lekelefac Fonge of Lanham, Md.