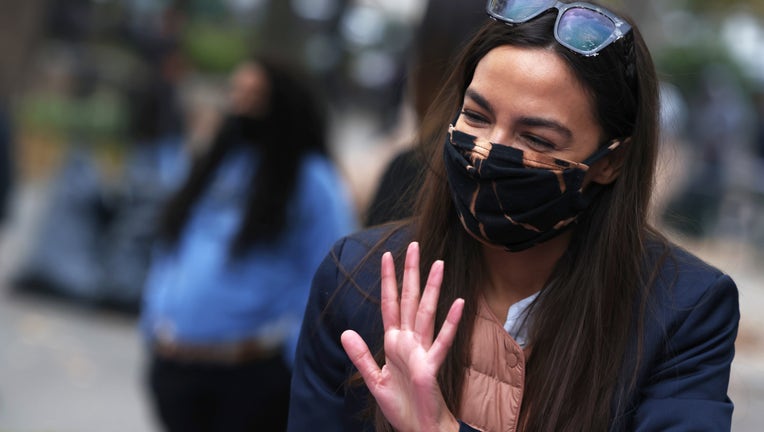 FOX NEWS - Rep. Alexandria Ocasio-Cortez, D-N.Y., argued that Democrats who invested less in social media marketing and relied too heavily on outdated Democratic National Committee campaign tactics were “sitting ducks,” and could not blame progressives for their party losing seats in the House of Representatives.

In a nearly hour-long interview published by the New York Times Saturday, Ocasio-Cortez rejected the notion expressed by some Democratic members of Congress during a recent caucus call suggesting progressive policy ideas like "defund the police" and the Green New Deal cost moderates their seats.

AOC, perhaps the most well-known and influential member of the left-wing flank of House Democrats, said some Democrats left themselves vulnerable to Republican messaging by not “running a campaign on all cylinders,” essentially neglecting to go door-knocking or to shell out enough money for Facebook advertisements, instead relying solely on TV and mail to reach potential voters.

“Our party isn’t even online, not in a real way that exhibits competence. And so, yeah, they were vulnerable to these messages, because they weren’t even on the mediums where these messages were most potent. Sure, you can point to the message, but they were also sitting ducks. They were sitting ducks,” Ocasio-Cortez told the Times.

“There’s a reason Barack Obama built an entire national campaign apparatus outside of the Democratic National Committee. And there’s a reason that when he didn’t activate or continue that, we lost House majorities. Because the party — in and of itself — does not have the core competencies, and no amount of money is going to fix that.”

Ocasio-Cortez, who herself ousted a longtime Democratic incumbent in the primary before claiming New York's 14th congressional district during the 2018 midterm elections, also railed against the Democratic Congressional Campaign Committee for its policy barring campaign firms like Deliver Strategies from conducting business with a primary opponent of a sitting Democrat.

“If you are the DCCC, and you’re hemorrhaging incumbent candidates to progressive insurgents, you would think that you may want to use some of those firms. But instead, we banned them. So the DCCC banned every single firm that is the best in the country at digital organizing,” she said.

“The leadership and elements of the party — frankly, people in some of the most important decision-making positions in the party — are becoming so blinded to this anti-activist sentiment that they are blinding themselves to the very assets that they offer.”

She also claimed that Democratic incumbents in key battleground states who sponsored items like the Green New Deal and "Medicare-for-all" won reelection.

“I need my colleagues to understand that we are not the enemy. And that their base is not the enemy. That the Movement for Black Lives is not the enemy, that "Medicare-for-all" is not the enemy,” Ocasio-Cortez said. “This isn’t even just about winning an argument. It’s that if they keep going after the wrong thing, I mean, they’re just setting up their own obsolescence.”