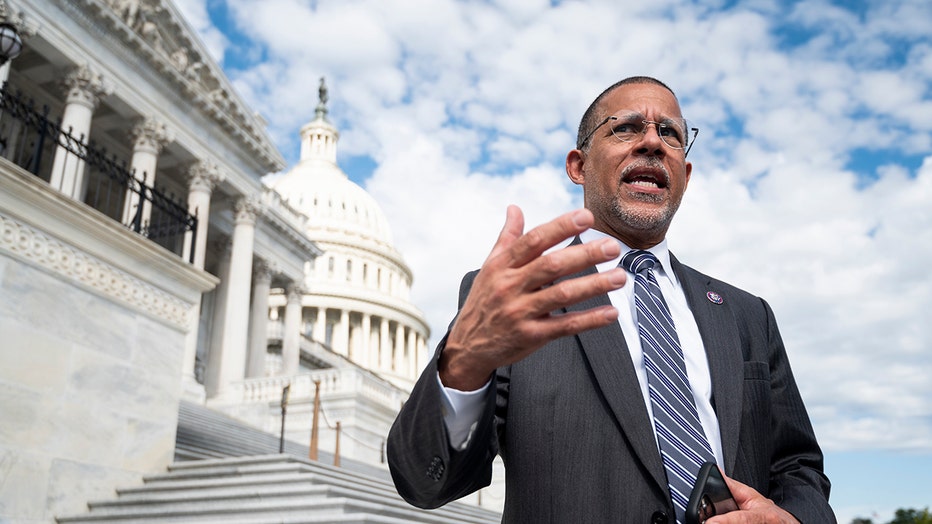 Rep. Anthony Brown, D-Md., speaks with reporters on the House steps after the last vote of the week in the Capitol on Friday, Oct. 22, 2021. (Photo by Bill Clark/CQ-Roll Call, Inc via Getty Images)

"Thank you Maryland for putting your faith in me as your next Attorney General – I promise to serve with integrity, be an advocate for justice, and push forward the progress we know is possible," he said in part in a statement posted to Facebook Tuesday night.

Brown is a three-term congressman who represents Maryland’s 4th Congressional District, which includes a large part of Prince George’s County and part of Anne Arundel County.  He served as lieutenant governor from 2007 to 2015 and also served as a member of the Maryland House of Delegates from 1999 to 2007.

In 2014, Brown lost the governor’s race to Republican Larry Hogan.