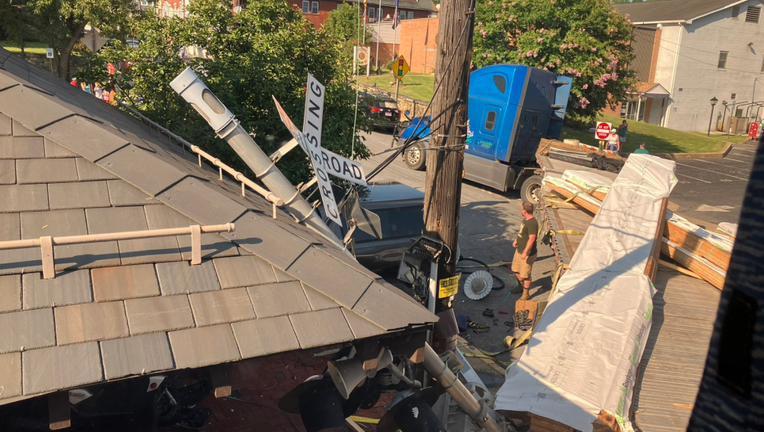 The sheriff's office said they were notified of the crash along South Maple Avenue at 5:25 p.m.

A Frederick County Fire & Rescue official told FOX 5 that a traffic jam lead to the trailer truck being on the railroad tracks at the time the Amtrak train was coming through.