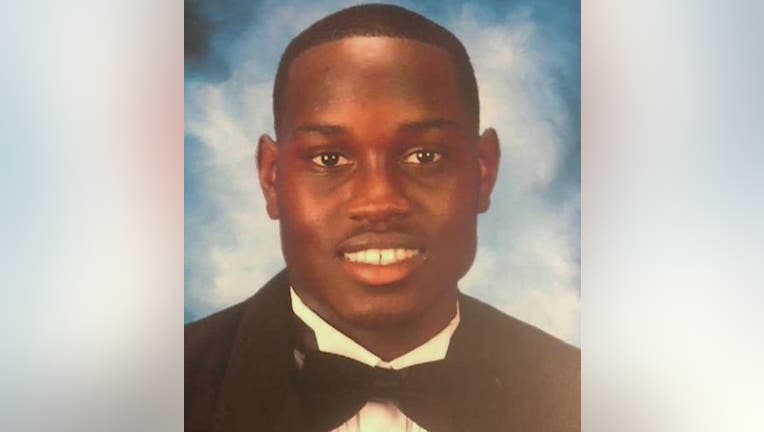 Authorities in Georgia say they are reviewing additional video in connection with the death of Ahmaud Arbery, 25, who was fatally shot while jogging through a Glynn County neighborhood in February.

“We are indeed reviewing additional video footage and photographs as part of the active case,” the Georgia Bureau of Investigation, which was asked to help investigate the case, said in a statement Saturday. “It is important to note that this footage was reviewed at the beginning of the GBI investigation and before the arrests of [suspects] Gregory and Travis McMichael.”

The new video was recorded minutes before the killing near Brunswick, Ga., and proves Arbery wasn’t involved in a crime, lawyers for Arbery’s family contend.

“Ahmaud Arbery did not take part in any felony, had no illegal substances in his system, was not armed -- yet was shot three times with a shotgun at close range," a lawyer's statement said, according to the Atlanta Journal-Constitution.

The McMichaels, a father and son, were arrested for Arbery's murder Thursday after a previous cell phone video leaked to the public and appeared to show Arbery’s killing.

Both suspects were denied bond at a court appearance Friday, FOX 5 of Atlanta reported.

Investigators said Travis McMichael, 34, while with his father, Gregory, 64, both of whom are white, shot and killed Arbery, who is black, outside Brunswick on Feb. 23.

The case has sparked outrage and accusations of racism since the McMichaels' arrests came more than two months after Arbery’s death.

The new video, which appears to be home security footage, shows a man -- whom the Arbery family's lawyers say was the victim -- walking down the street the afternoon Arbery was killed. The man walks into the garage of a house under construction. He walks around the back of the house and leaves within a few minutes, most of the time out of view of the camera. He isn’t seen taking anything.

After he enters the property, another man across the street can be seen watching the scene. The man said to be Arbery then comes out of the front door of the house and runs down the street.

Soon after, a witness called the police to report a man at a construction site, according to the Journal-Constitution.

The second video shows a truck resembling the McMichaels’ traveling down the street in the direction of the running man. Multiple police cars, a fire truck and an emergency-response vehicle drive by in the same direction soon after, the Journal-Constitution reported.

At most, entering a construction site would be a misdemeanor, the newspaper reported.

The McMichaels said they were following Arbery in their truck as he ran through their neighborhood because they thought he was the burglary suspect, according to the newspaper.

Only one burglary had been reported in the neighborhood between the start of the year and when Arbery was killed -- when a pistol was stolen from a truck parked in front of McMichael’s house, according to the Washington Post.

The older McMichael reportedly saw a man running in broad daylight through his neighborhood and called 911 to report “a black man running down the street” and said he suspected the man was involved in recent burglaries. He called his son, and the pair armed themselves -- then tracked Arbery down on the road, investigators said.

According to the police report, Gregory McMichael told officers he and his son first tried to stop Arbery by shouting, “Stop, stop, we want to talk to you!” The father claimed Arbery attacked his son and they got into a struggle for a shotgun.

Arbery fell on the ground and died of his wounds. He was unarmed.

Travis McMichael has said he was attempting to carry out a citizen's arrest under Georgia state law.