GLENDALE, Ariz. (KSAZ) - We're hearing the 9-1-1 calls made at a west valley apartment complex about a dog left stranded on a third-story patio.

The dog had no water, no shade and died before firefighters were able to rescue it.

Now an investigation is underway into the dog's owner.

We had a massive response to this story. People are outraged and want to know why this happened. The most disturbing part is hearing the dog cry for help in the background.

Frantic neighbors witnessed what some are calling murder in the middle of the day. A small, 1-year-old chocolate Labrador was left on an apartment unit's patio, directly in the sun with no water or shade.

Caller: "He's like on the patio and the sun's hitting him right now, so he's sweaty and I'm pretty sure he's really hot."

According to neighbors who say they've complained to apartment management before, the dog has a history of being left outside, but in triple-digit heat, the cries of the dog being scorched alive made them feel helpless as they called for the police.

Operator: [barking heard in the background] "Is that the dog barking?"

Caller: "Yes, that's him. He's really loud. People are getting upset.. it's a puppy.. he's like really thirsty and in distress."

Because of privacy laws, the police could not break down the apartment door. By the time the fire department arrived at the scene and reached the dog, it was too late.

Caller: "I went up there, but I'm guessing they're not there." [barking heard in the background]

Police have launched an investigation into the dog's owner, identified as 28-year-old Adrian Gonzalez of Glendale. 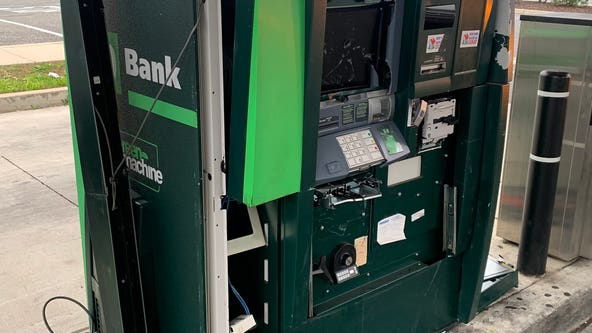