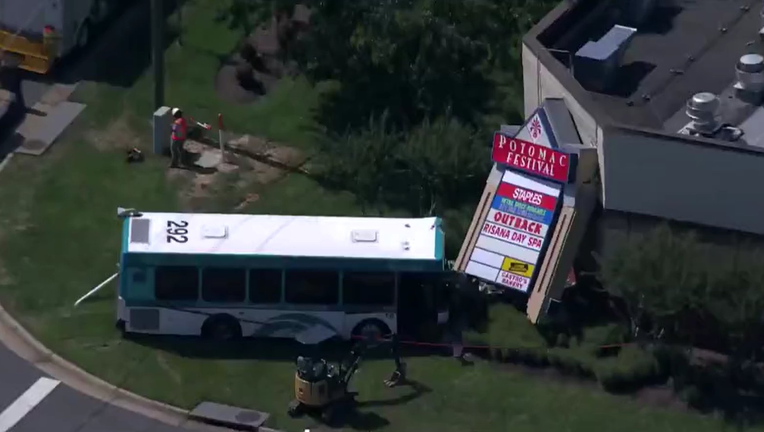 WOODBRIDGE, Va. - Four people were injured Tuesday afternoon when a bus crashed into a large sign near the Potomac Festival Shopping Center.

According to OmniRide bus officials, the collision occurred around 12:30 p.m. on Potomac Mills Road near Gideon Drive.

Police are reporting that the bus was hit by another car before it hit the brick sign.

Prince William County Fire and Rescue plus Washington Gas responded to the scene, and four people were transported to local hospitals with non-life-threatening injuries.

Officials said the victims included two OmidRide passengers, the bus driver, and the driver of the other vehicle involved.