WASHINGTON - Three teens have overdosed on Fentanyl in Prince William County in the past week, according to police.

On Dec. 3, police responded to a home in Manassas for an unresponsive 17-year-old male. The family began CPR and administered Narcan while alerting medical services, but the teen died.

On Dec. 5, a 16-year-old male in Manassas was in bed and reportedly foaming at the mouth. He was transported to a local hospital and is expected to recover.

On Dec. 7, a 15-year-old male was found unconscious at a home in Woodbridge. Family members performed CPR and the teen regained consciousness before being transported to a hospital. He is expected to recover.

Police say all three incidents are believed to be connected to a Fentanyl-laced narcotic known as "Perc30." 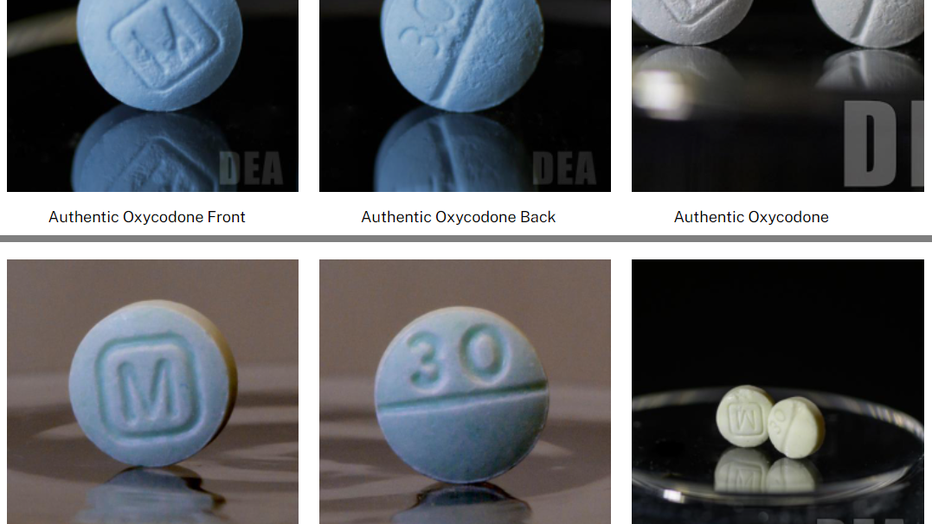 Authentic vs. counterfeit oxycodone via DEA.

In May, FOX 5 reported that four individuals were arrested in connection with the seizure of more than 5,000 counterfeit Fentanyl-laced Percocet pills in Prince William County.

"Fentanyl is known to be extremely fatal, even in the smallest doses if the effects of an overdose are not recognized and treated immediately. If you suspect a loved one is overdosing, call 9-1-1 immediately and administer Narcan, if available," said PWCPD in a statement earlier this year.

You can visit this website to find out where you can get Narcan.