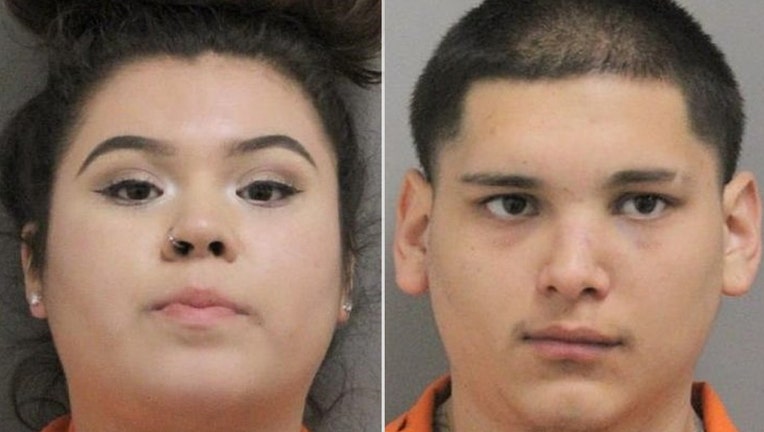 WOODBRIDGE, Va. - Authorities have arrested a man and a woman in connection with the stabbing death of a teenage girl in Prince William County.

Police were called to Robinson Court and Harrison Street in Woodbridge at around 11:44 p.m. Tuesday where a 17-year-old girl and two 26-year-old men had suffered stab wounds during a fight.

All three were transported to the hospital where the girl later died from her injuries. The two men are expected to survive.

After finding an abandoned vehicle belonging to the suspects, officers say they tracked them down at their home on Brentwood Court in Woodbridge.

19-year-old Jennifer Janeth Mejia-Recillas and 20-year-old Enrique Miguel Stock were arrested in connection with the stabbings. Mejia-Recillas is facing murder and aggravated malicious wounding charges. Stock faces multiple charges including assault and battery. Both are being held without bond.

The name of the 17-year-old who was killed has not been released. The investigation is still continuing.