STAFFORD, Va. - Authorities say three men were arrested after they barged into a Stafford County motel room and robbed two men who were there to meet a woman and a girl early Saturday morning.

Police say the two men used Facebook to arrange the meeting at the Super 8 motel on Warrenton Road.

The group was in the room when someone knocked on the door and announced, "Room service," police said. When the door was opened three masked men – two armed with knives – barged into the room and robbed the men inside, investigators say. Police say the three stole cell phones, a wallet, cash, credit cards, shoes and alcohol.

Officers say they located the suspects in a red Ford Fusion at a nearby convenience store after tracking a stolen phone. 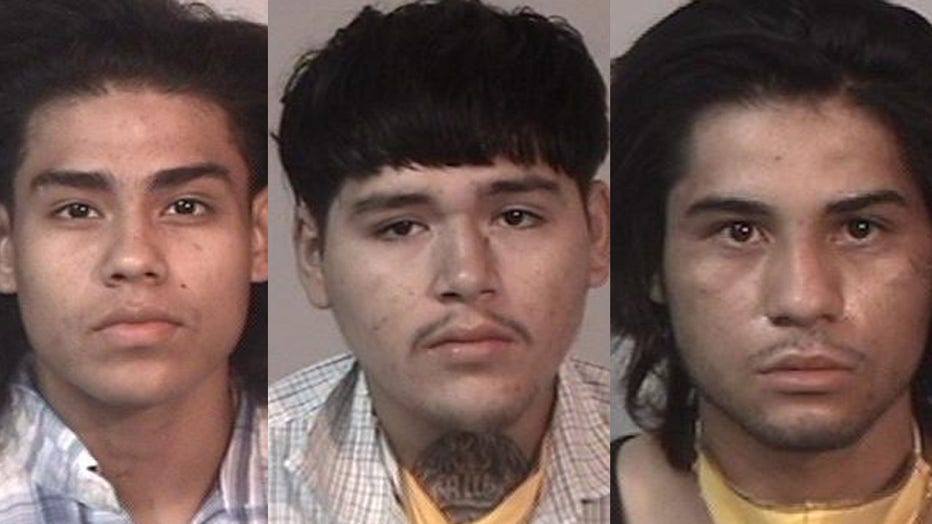 Police identified the men as 19-year-old Milton Espinal Lanza and 20-year-old Eder Gaona, both of Fredericksburg, and 23-year-old Orlando Duran Guevara of Spotsylvania. All three have been charged with robbery, breaking and entering and contributing to the delinquency of a minor. They are being held at the Rappahannock Regional Jail without bond.

Police say the girl and woman were known to the men accused in the robbery and were involved in the crime after investigators say they found images of them on the suspect’s social media pages. Charges against the woman and girl are pending.

The victims were not injured during the robbery.