Back in October, Fairfax County police believe a man stopped to help a group of people along I-495. A woman reportedly said they needed money to continue their travels and offered to sell him a watch and gold jewelry.

She then convinced the man to drive her to an ATM. That's when two men kidnapped the victim, took him to four other ATMs and forced him to take out money.

Once the victim’s accounts were empty, police said the suspects left the victim, and he called 911.

Officers believed this crew was likely operating in the area and continued to search for the black SUV used in the crime. 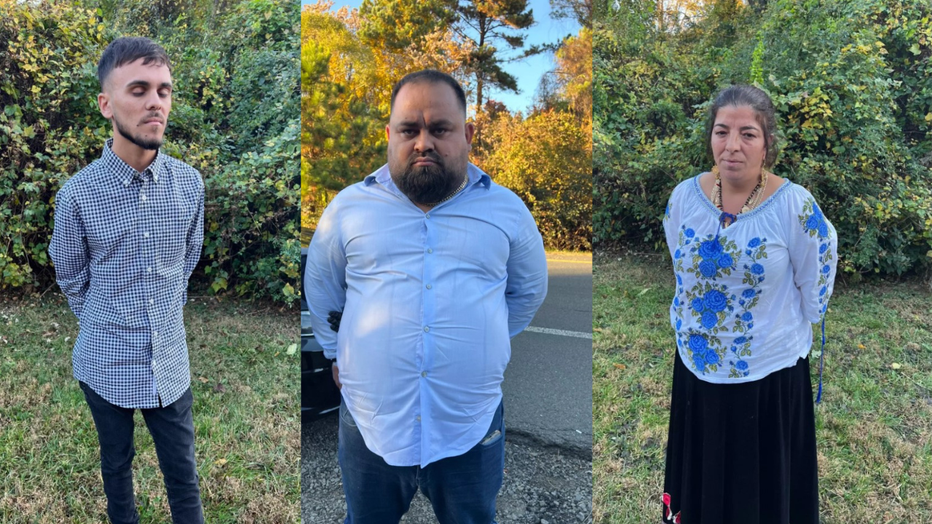 On Nov. 3, an officer saw a gray Chevrolet Tahoe that appeared to be disabled on the Dulles Toll Road.

Each of the suspects faces abduction and robbery charges.