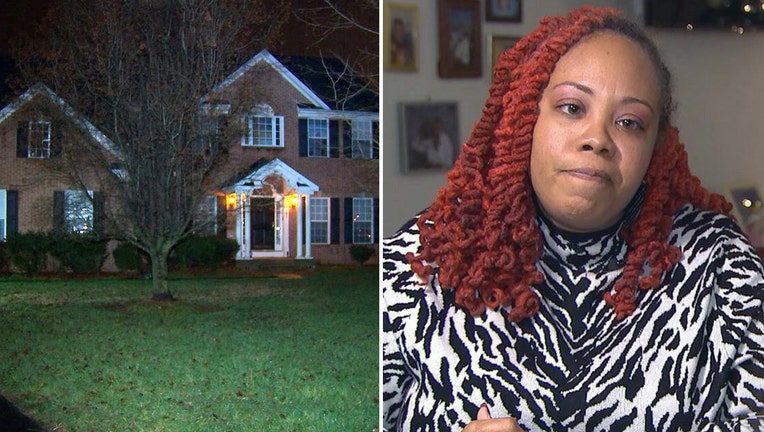 LaShawn Duncan-Powell tells FOX 5 she was also a victim of an alleged mortgage fraud scammer.

UPPER MARLBORO, Md. (FOX 5 DC) - Another woman has come forward stating she too was duped in a mortgage fraud scheme after she saw FOX 5’s report Monday evening.

On Monday, FOX 5 told the story of Patricia Duckett, who lost her Prince George’s County home after an alleged mortgage fraud scheme that officials said was orchestrated by William Wayland.

2nd woman says she was victim of alleged mortgage scammer

A second woman has come forward stating she was also a victim of an alleged mortgage scammer in Maryland.

LaShawn Duncan-Powell said her home also went into foreclosure after she trusted Wayland.

“When I pulled the article and saw it was William Wayland, I almost lost my mind,” she said. “I was like, this is the same guy that we were working with to get the loan modification.”

Duncan-Powell said she realized how closely Duckett’s story matched her own. She said Wayland promised to get the mortgage payment down on her home in Upper Marlboro.

Powell said she paid Wayland over $2,000 and he told her to stop paying the mortgage, just like Duckett said he instructed her.

Duckett ended up losing her District Heights home where she lived for almost 20 years.

A Maryland woman has lost her home after falling victim to an alleged mortgage scam.

Duncan-Powell’s house also went into foreclosure, but she was saved from the same fate after working with her bank.

“They told me, ‘It’s illegal for you to pay someone upfront for mortgage services,’” Duncan-Powell explained. “They said, ‘Basically, you got hosed. You got taken.’”

She said she realized Wayland had a track record and that the Maryland Department of Labor had banned him from working in mortgage services. She also found out he was convicted in Montgomery County for charging people upfront for services.

It prompted her to file a complaint against Wayland with the Maryland Department of Labor more than six months ago. But that complaint didn’t go anywhere.

A spokesperson for the agency told FOX 5 the complaint was received, but additional  information was needed and Duncan-Powell  was sent a a follow up letter in the mail.

The agency confirmed that was the only attempt to follow up on the complaint before the case was closed.

“I felt like maybe if they had taken my case more seriously, Ms. Duckett probably wouldn’t have lost her home,” Duncan-Powell said. “I feel like they didn’t do anything and he continued to prey on victims.”

After FOX 5 reached out, the labor department contacted Duncan-Powell almost immediately. A spokesperson said the case will be reopened.

Wayland was indicated in Prince George’s County earlier in December after Duckett went to the police. Duncan-Powell said she also plans to go to the police.

If you believe you were victimized by Wayland,  Prince George’s Co. police want to hear from you.