WASHINGTON - The Washington Capitals have signed Nicklas Backstrom for the long term, agreeing to a $46 million, five-year contract extension on Tuesday.

Backstrom is the Capitals franchise leader in assists and has been an organizational cornerstone for more than a decade. Washington selected the Swedish center fourth overall in the 2006 draft. He's put up 908 points in 934 regular-season games since making his NHL debut in 2007. 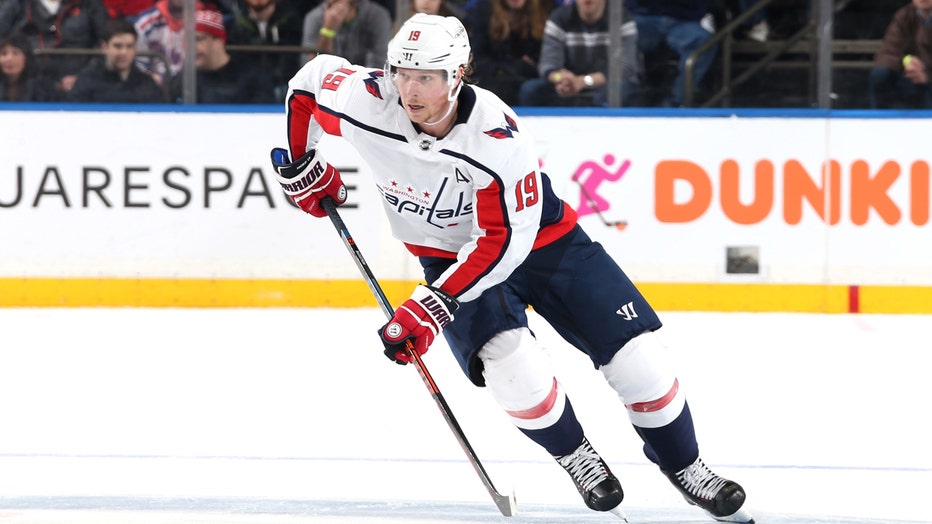 NEW YORK, NY - MARCH 03: Nicklas Backstrom #19 of the Washington Capitals skates with the puck against the New York Rangers at Madison Square Garden on March 3, 2019 in New York City. (Photo by Jared Silber/NHLI via Getty Images)

He was integral to Washington's first Stanley Cup title in 2018, contributing 23 points in 20 playoff games during that run. Backstrom, alongside Alex Ovechkin, has been a part of 11 playoff appearances in 12 full seasons.

“It's nice to be with a guy on the same team so many years,” said Ovechkin, who has played over 900 games with Backstrom. “You can ask anybody in this locker room or previous guys who played, first of all he's tremendous person and an unbelievable center. To be around him and see how he's grown up, how he's matured, it's great.”

The 32-year-old Backstrom has nine goals and 26 assists for 35 points this season. After negotiating his own new contract, he's getting a significant raise beginning next season after playing for a decade on a team-friendly contract at a cap hit of $6.7 million.

Re-signing Backstrom seemed obvious for the Capitals, who face a similar situation with Ovechkin. His contract expires after next season. Vezina Trophy and Cup-winning goaltender Braden Holtby can be a free agent this summer. But with cap space tight and top prospect Ilya Samsonov looking ready to step in as a starter, it's unclear if Washington will extend him.