Honoring a student-athlete who died in Loudoun County

A Loudoun County community is remembering a young girl who passed away unexpectedly last week after a medical emergency.

PURCELLVILLE, Va. - A Loudoun County community is remembering a young girl who passed away unexpectedly last week after a medical emergency.

Her classmates hosted "The Purple Out" in honor of her and to spread awareness of epilepsy.

The football game Friday night at Woodgrove High was a dedication to Colette Baine. She was a daughter, sister, student, friend, and of course  — a Wolverine. Friday night's game looked and started a little different as people stood in the bleachers wearing purple for a moment of silence.

"Colette was a classmate, friend and fierce competitor who put her full energy and passion into everything she did," the announcer said at the stadium.

To many people at Friday's football game, Baine was a phenomenal ball player who wore number 13 on the court. Others were lucky enough to call her their best friend.

"We've been friends since as long as I remember," said Madison Badillo, Baine's best friend.

The two go as far back as pre-school. 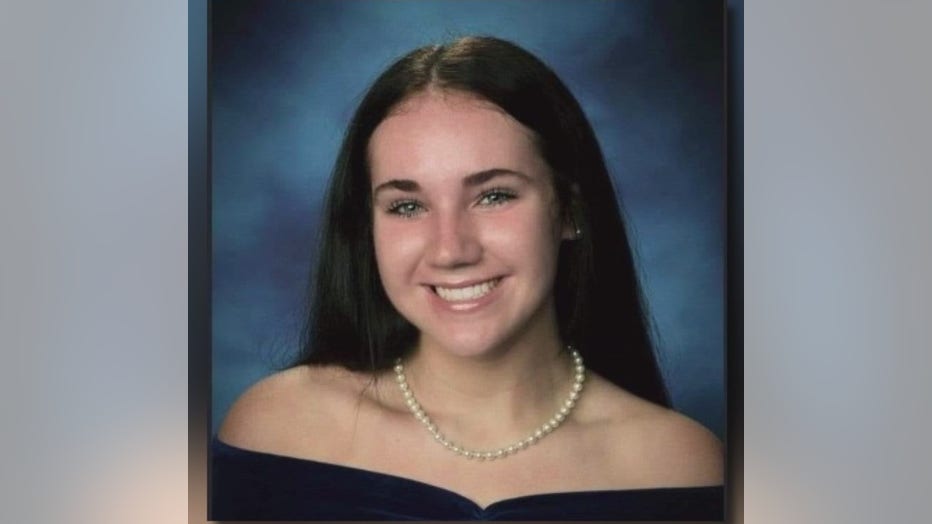 "It's really hard not having her around anymore having her cheer me on at the games," Badillo said.

It's been a week since Colette passed.

"I didn't even think it was real to begin with," Badillo said.

According to Baine's obituary, the high school senior was diagnosed with epilepsy in 2018 and it's believed that neurological disorder is what led to her passing.

The football stadium was decked out in purple for epilepsy awareness. The Woodgrove football players wore purple decals and the cheerleaders are adorned with purple bows with purple ribbons.

During the game, Baine's friends collected donations that will go toward her memorial.

George Hughes, another one of Baine's best friends said that she "was such a good person."

Hughes has tons of memories with Baine but one memory is going to stick forever. "Going to a Pitbull concert with her. We went, It was so much fun," he said, "It was pouring outside. I'll never forget that." 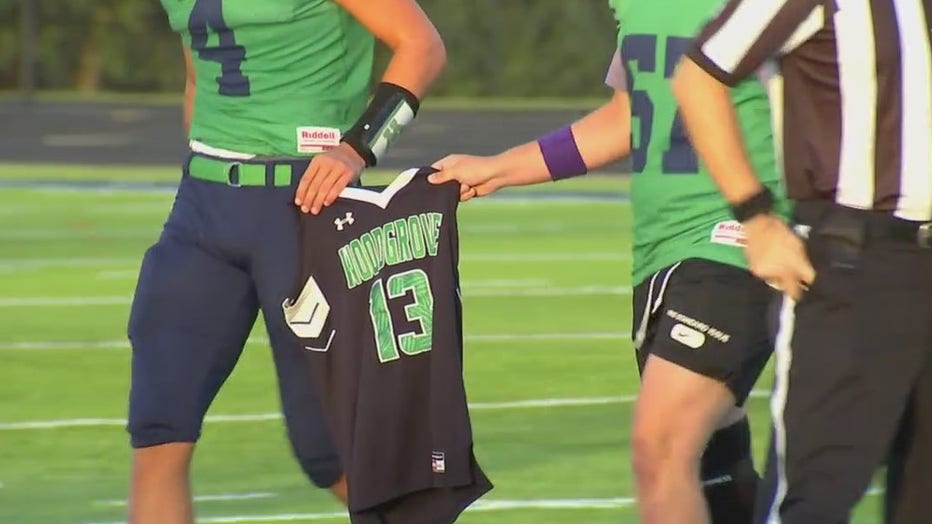 As the varsity football players held Baine's basketball jersey with them during the coin toss, her best friend Madison wore one of the headbands she wore during her basketball games.

"Just having it with me today breaks my heart but makes me happy to know that she's with me on the sidelines and all her other peers," Badillo said.

FOX 5 has learned that Colette's family is deeply involved in the school community. Her mother and sister work at Woodgrove and her father works at the with the school district.

The principal at Woodgrove, Sam Shipp, says there is extra counseling support for students who may need it.