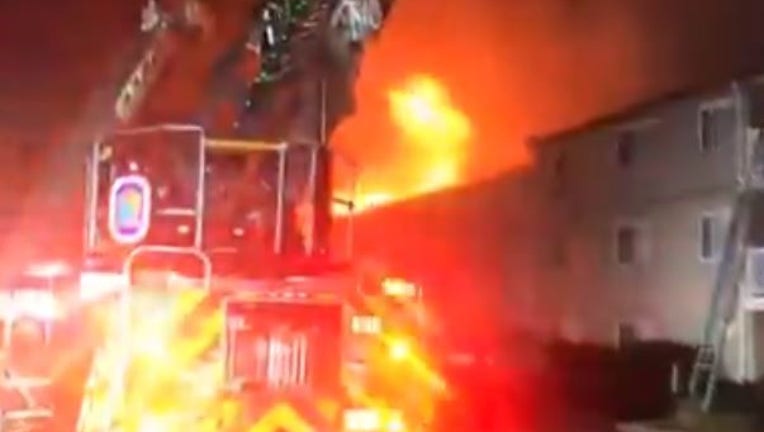 Firefighters say about 65 people lost their homes after the blaze Friday night in the 2100 block of Alice Avenue.

Nobody was hurt despite the size of the fire:

Quiana Taliaferro of the 2100 block of Alice Ave in Oxon Hill was arrested and charged with felony first degree arson and misdemeanor reckless endangerment. She faces up to 30 years in prison.

Officials say Taliaferro set the fire in a bedroom in her home and the cause was "incendiary."