Washington Commanders' offensive coordinator Scott Turner has been relieved of his duties following the end of the 2022-23 season. The news comes after the franchise failed to make the playoffs for the second year in a row.

Washington Commanders' offensive coordinator Scott Turner has been relieved of his duties following the end of the 2022-23 season. 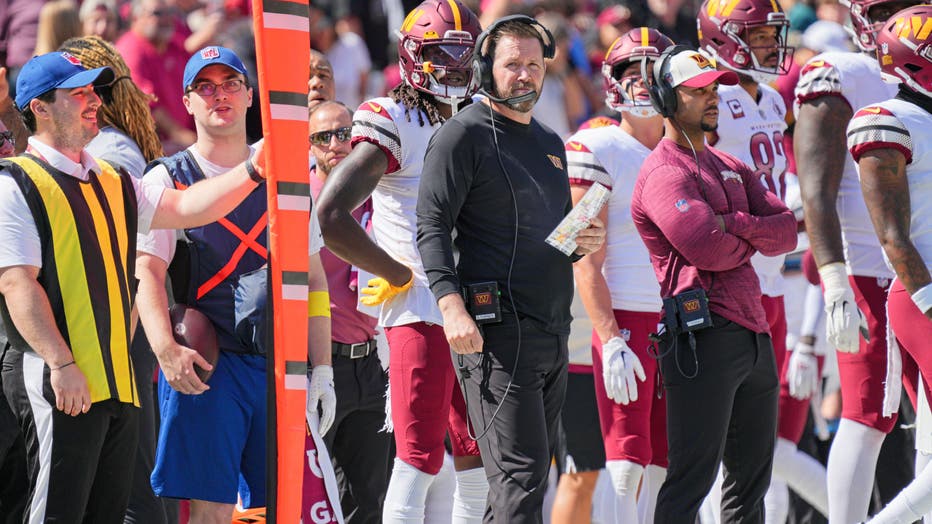 Turner was hired by Washington when Ron Rivera became the franchise's head coach in 2020. He was the Panthers' quarterbacks coach for two seasons before getting his first opportunity to be an offensive coordinator at the professional level. Washington finished 29th in 2020 and 21st in 2021 in terms of total offense.

"I met with Coach Turner today and informed him that we will be moving in another direction going forward with the offensive coordinator position," Rivera said in a statement. "Unfortunately, we did not live up to the expectations and standard that I expected to see from our offensive unit. I felt it was best for a fresh start at the coordinator position heading into next year. I have a tremendous amount of respect for Scott and thanked him for his three years of service to our organization. I wish Scott and his family all the best in the future."

Rivera and general manager Martin Mayhew will begin work towards finding an offensive coordinator for the 2023 season.