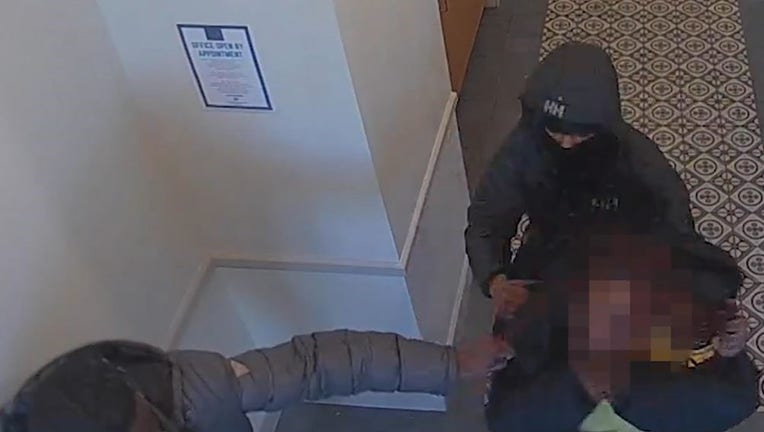 Police say the robbery occurred around 3 p.m. Thursday in the 1200 block of Oak Street Southeast. The robbery appears to have taken place inside an apartment building.

Authorities say one of the suspects was armed with a handgun. The video shows the robbery and the car the suspects later used to flee the scene.

Watch the video below: