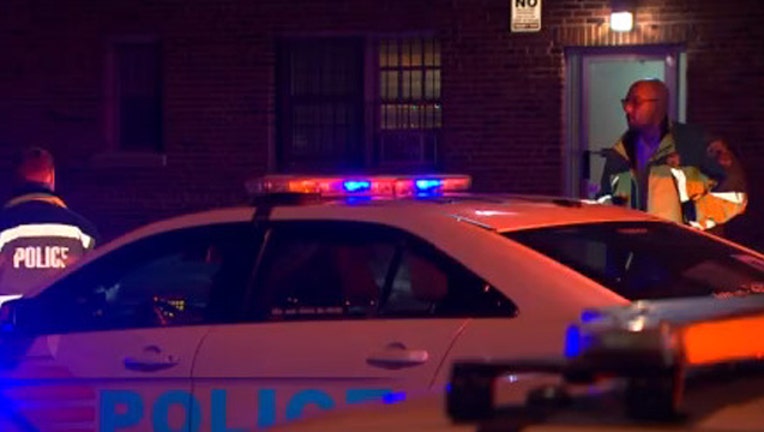 Two teenagers are dead and a woman is in the hospital after a triple shooting Saturday night in D.C.'s Brightwood neighborhood.

WASHINGTON - Two teenagers are dead and a woman is in the hospital after a triple shooting Saturday night in Northwest D.C.

It happened around 5 p.m. Saturday near 13th and Peabody streets NW in the District's Brightwood neighborhood.

Police say the shooting occurred in a hallway of an apartment building on the block.

One of the victims died at the scene and another died later at a nearby hospital.

The suspect is still on the run. Witnesses tell Fox 5 they saw a man speeding off in a car northbound on 13th Street following the shooting.

"This is a beautiful city... We have to collectively take some action to make sure those people who are going to be involved with this type of behavior are going to be held accountable for their actions."

Police are asking anyone with information on the shooting to contact them. They are offering up to $25,000 for information that leads to an arrest.