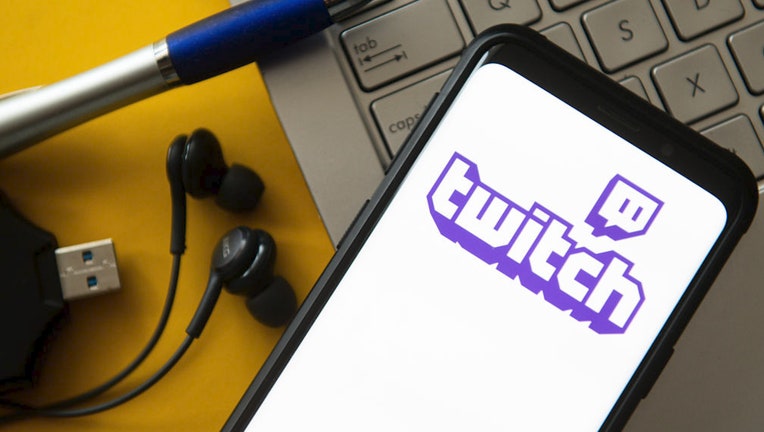 FILE - In this photo illustration a Twitch logo seen displayed on a smartphone.

"In light of yesterday’s shocking attack on the Capitol, we have disabled President Trump’s Twitch channel. Given the current extraordinary circumstances and the President's incendiary rhetoric, we believe this is a necessary step to protect our community and prevent Twitch from being used to incite further violence," the company said in a statement on Jan. 7.

Now, the popular streaming service has elected to ban the former president from their platform indefinitely.

"We have indefinitely suspended President Trump’s Twitch channel due to the ongoing risk of further incitement of violence. The President’s statements continue to be interpreted as calls to action, and we are taking this action to remove the potential for harm to our community and the general public," according to an emailed statement from Twitch.

The company’s rules state clearly that it prohibits the use of any "hateful conduct, harassment, or incitement of violence" while using the platform.

Twitch also highlighted that it considers "off-service events when making enforcement decisions," no doubt pointing to the recent deadly insurrection at the Capitol that marred President Joe Biden’s electoral college certification on Jan. 6.

"However, the events of the past weeks have highlighted a gap with respect to rhetoric that encourages violence, regardless of whether or not it was directly streamed on Twitch. We will be updating our policies as a result of our consideration of this situation," the statement concluded.

Twitch has over 6 million creators using their services each month and has an average daily visitor count of a whopping 26.5 million looking to watch cooking shows, talk shows, listen to music or play games.

RELATED: ‘I believe this was the right decision’: Twitter CEO Jack Dorsey speaks out on Trump ban

"I believe this was the right decision for Twitter," Dorsey wrote. "We faced an extraordinary and untenable circumstance, forcing us to focus all of our actions on public safety. Offline harm as a result of online speech is demonstrably real, and what drives our policy and enforcement above all."

In response to the expected criticism that came from Trump’s supporters, Dorsey explained the differences between the obligations of a government and those of a private tech company to uphold citizens’ First Amendment rights.

"A company making a business decision to moderate itself is different from a government removing access, yet can feel much the same," Dorsey explained.

The Jan. 6 insurrection at the Capitol began after Trump made incendiary remarks at a rally earlier in the day. The Capitol assault left five people dead, including a Capitol Police officer and a woman shot by police as she climbed through a window in a door near the House chamber.

Austin Williams contributed to this report.