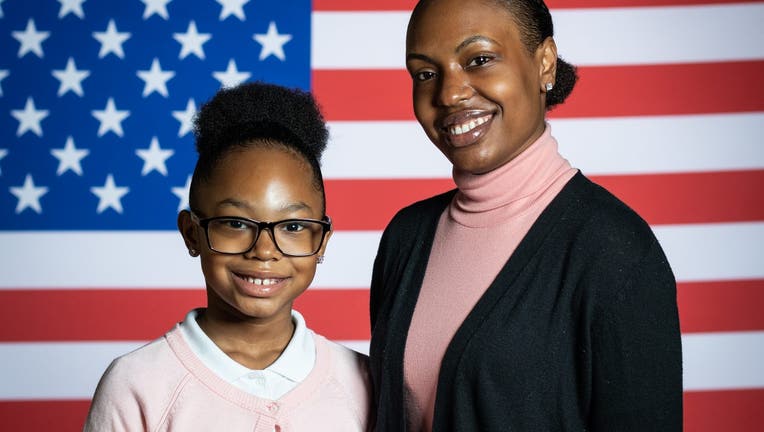 President Trump unveiled a scholarship for Janiyah, who had been stuck on a waitlist of an estimated 50,000 students in Pennsylvania.

WASHINGTON, D.C. - (FOX NEWS) -- President Trump surprised a fourth-grade student with an "opportunity scholarship" during his third State of the Union address Tuesday night, while calling on Congress to pass the "Education Freedom Scholarships and Opportunity Act" that would give 1 million children the freedom to attend a school of their choice.

The surprise came for one of the president's guests at his State of the Union. The president invited mother-daughter pair Stephanie and Janiyah Davis from Philadelphia to listen to his annual address. The two sat in the House chamber, both wearing light pink.

“Janiyah and Stephanie are in the gallery,” Trump said. “Stephanie, thank you so much for being here with your beautiful daughter, thank you very much.”

But in an emotional moment, the president unveiled a scholarship for Janiyah, who had been stuck on a waitlist of an estimated 50,000 students in Pennsylvania. Gov. Tom Wolf vetoed school choice legislation, Trump noted.

“Janiyah, I have some good news for you," the president added. "Your long wait is over. I can proudly announce tonight that an opportunity scholarship has become available. It is going to you, and you will soon be heading to the school of your choice.”

He added: “Now, I call on Congress to give students the opportunity. Pass the Freedom Scholarships and Opportunity Act because no parent should be forced to send their child to a failing government school.”

The administration’s school choice plan, which, according to the White House, currently has more than 120 congressional co-sponsors, would bolster existing state scholarship programs and encourage states to pursue education freedom policies.

The scholarships, according to the White House, would help families pay for expenses such as tuition, dual enrollment, out-of-district transportation, tutoring and apprenticeships.

“President Trump has made it a priority of his administration to promote high-quality education opportunities for all students,” the White House said in a statement.

Also during his address, the president announced that he has secured “permanent” funding for Historically Black Colleges and Universities across the nation, and urged Congress to help pass legislation that would require “every single high school in America” to offer “vocational and technical education.”

“President Donald J. Trump is ensuring our Nation’s children have the opportunity to fulfill their God-given potential,” the White House added Tuesday.

It is unclear, at this point, when Congress might consider the legislation.

Trump speaks to campaign themes in State of the Union address

Holding out the nation's economic success as the chief rationale for a second term, Trump’s speech resembled a lower-volume version of his campaign rallies, providing something for every section of his political base.