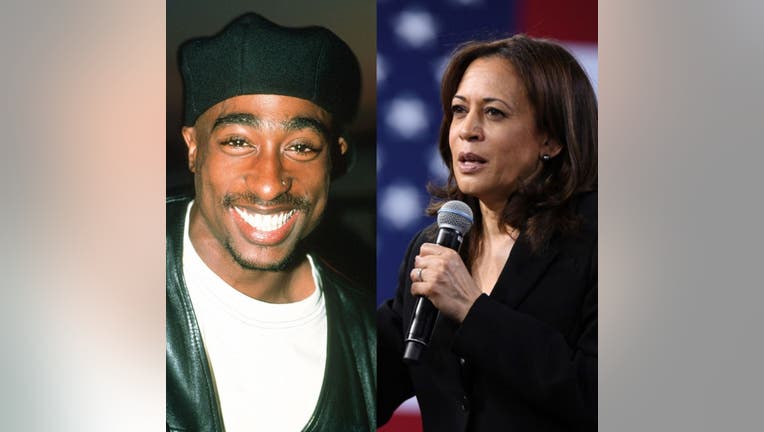 The Trump campaign is reportedly leaving a vice presidential debate ticket for Tupac Shakur as a jab at Democratic candidate Kamala Harris, who recently called the hip-hop icon, who was killed in 1996, the “best rapper alive.”

A Trump campaign adviser shared the news on a press call, according to multiple reports.

The Spectator magazine identified that spokesperson as Jason Miller, a senior campaign adviser.

The Democratic vice presidential candidate said Tupac – then corrected herself. "I keep doing that," Harris said.

That prompted laughs from Harris, who is a sitting U.S. senator from California – where she was once the top prosecutor of a law enforcement system that Tupac’s music, in songs like “Changes,” sometimes pushed back against.

“Um, who would I say? I mean, there’s so many. … There are some that I would not mention right now because they should stay in their lane,” Harris continued, before trailing off without answering the question.

Rye replied, “That was not supposed to be a stumper.”

Tupac was killed in an unsolved Las Vegas drive-by shooting in 1996 at the age of 25. Unfounded, long-running conspiracy theories have claimed that he's still alive and had faked his own death.

The vice presidential debate kicks off in Salt Lake City at 9 p.m. ET and will be the only time Harris meets Vice President Mike Pence face to face before Election Day.