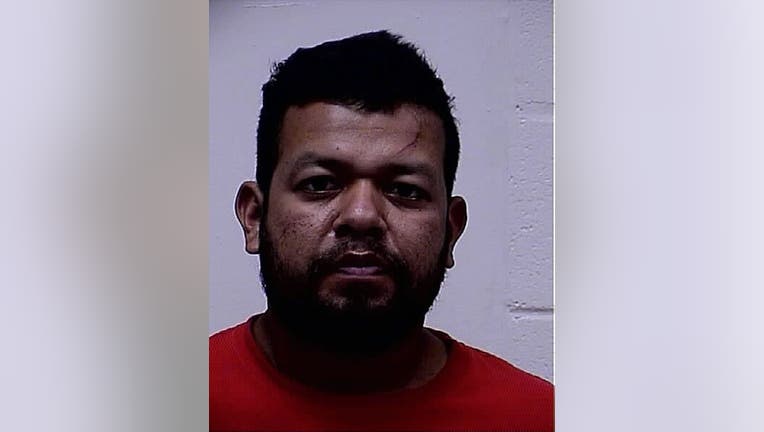 HAGERSTOWN, Md. (FOX 5 DC) - A man caught in a social media video intruding into a Maryland woman's home was arrested by U.S. Immigration and Customs Enforcement (ICE) officers and is currently in custody, according to officials.

ICE arrested Angel Moises Rodriguez-Gomez, 36, near his home for immigration violations after he was released on bail following his arrest for burglary, assault and other criminal charges.

Hannah Viverette told FOX 5 she was recording herself dancing late last Sunday night when the man entered through her patio door. She said she usually keeps the door locked, but likes to get air while she's dancing.

This video posted to Facebook shows the moment a man broke into a Hagerstown woman's home. The suspect now faces stalking and other charges. (Facebook / Hannah Viverette)

"Originally when he first made entry he was smiling at me and he was just muttering," she said.

She said the man lives in a building nearby and she's seen him before, but he's never spoken to her.

In the video, she repeatedly tells him to leave. She said he asked her if he was her friend and when she replied, 'No,' he asked, 'Are you sure?'

"He kept his hands in his pockets which is what initially scared me," said Viverette. "Obviously the fact that an intruder is coming in, but he wouldn't take his hands out of his hoodie. And I was worried that he had a weapon on him."

The video has since gone viral.