The Gaithersburg Police Department says its officers were involved in a shooting that left one man dead Friday evening.&nbsp;

GAITHERSBURG, Md. (FOX 5 DC) - The Gaithersburg Police Department says its officers were involved in a shooting that left one man dead Friday evening.

Police say the shooting happened at around 5:50 p.m. in the unit block of S Frederick Avenue.

Gaithersburg Police Chief Mark Sroka said in an evening press conference that officers at the scene encountered a suspect who displayed a handgun and one or more officers opened fire.

Police say officers received information that the suspect was possibly armed and conducted surveillance of the individual.

When they approached him and told him and identified themselves as police officers, they say the man took off running across northbound and southbound 355, which is six lanes of roadway and heavily traveled.

Police say he ran into the Chelsea Park apartment complex and that’s when he showed them the handgun before an officer shot at him and he died.

No officers were injured in the shooting, according to police.

Chief Sroka tells FOX 5's Ayesha Khan that he has been the chief of police chief in Gaithersburg for 11 years and this is the second officer-involved shooting that turned deadly—with the suspect dying in both cases.

"It’s unfortunate anytime you have a loss of life, but we have taken an oath to serve and protect and we understand the sanctity of life and we never want to take away an individual’s life," said Sroka. "What I know is that this individual was armed and fled from the police and displayed a handgun at the officers."

Police were not wearing body cameras. They will be placed on administrative leave pending an investigation. 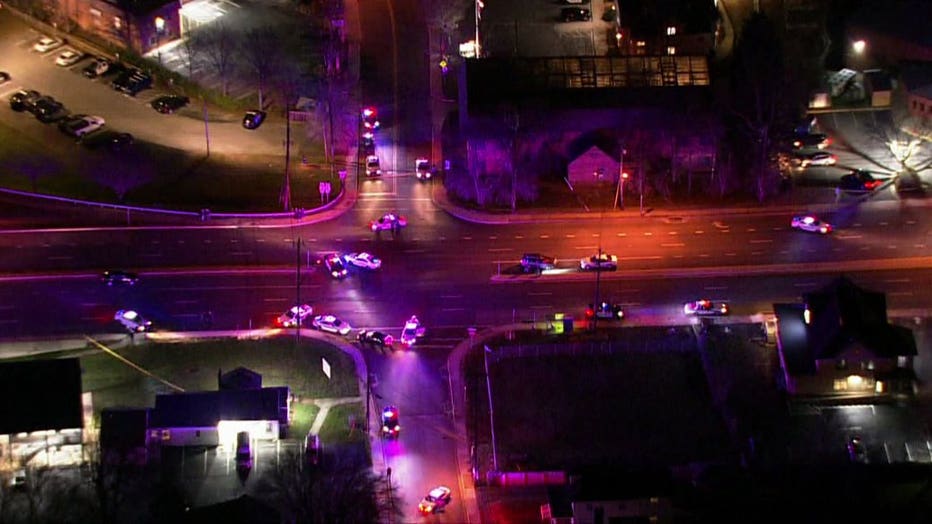