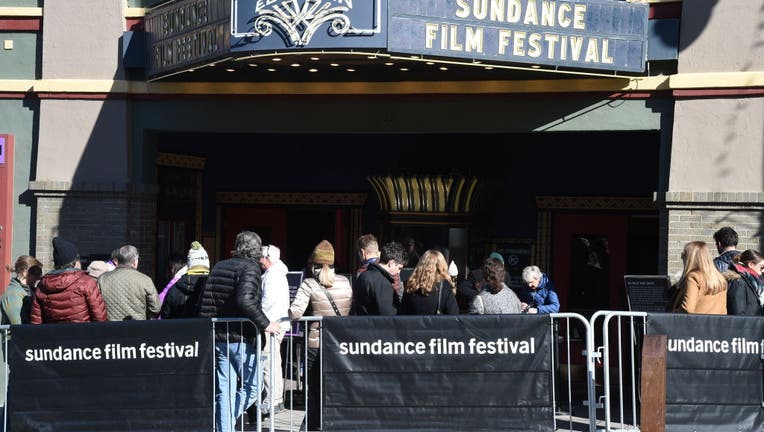 PARK CITY, UT - JANUARY 28: An exterior view of The Egyptian Theatre at Acura Festival Village At The Sundance Film Festival 2019 on January 28, 2019 in Park City, Utah. (Photo by Michael Kovac/Getty Images for Acura)

PARK CITY, Utah - The Sundance Film Festival announced Wednesday that it will cancel all in-person events amid the surge in COVID-19 cases across the country.

"While it is a deep loss to not have the in-person experience in Utah, we do not believe it is safe nor feasible to gather thousands of artists, audiences, employees, volunteers, and partners from around the world, for an eleven-day festival while overwhelmed communities are already struggling to provide essential services," organizers said in a news release.

The cancellation of an in-person Sundance is a huge blow to an independent film industry that has struggled to stay afloat during the pandemic. Last year’s virtual Sundance, where films like "Summer of Soul (or The Revolution Will Not Be Televised)" and "CODA" made a splash, proved that a digital festival can still foster breakout hits. But filmmakers, executives, audiences and journalists had held out hope that Sundance — the premier American film festival and a launchpad for young filmmakers — could again kick off a new movie year with packed premieres in the Utah mountains.

The Sundance Institute, which puts on the festival, held out as long as it could in making the decision. In late December, when the highly infectious omicron variant of COVID-19 was driving cases up nationwide, the festival announced that vaccination boosters would be required for attendees, audience capacity would be slimmed down and no food or drink would be allowed in theaters. That was on top of previous protocols that mandated vaccination proof, masking indoors and other requirements.

Dr. Chris Segrin of the University of Arizona talks with FOX Television Stations about how the COVID-19 pandemic altered human behavior.

The festival is part of a growing list of cancellations blamed on the surge in COVID-19 cases.

The Recording Academy announced Wednesday the 2022 Grammy Awards have been postponed due to a surge of COVID-19 cases in Los Angeles. The 64th Annual Grammy Awards ceremony was scheduled to be held Jan. 31 at the newly named Crypto.com Arena, formerly known as STAPLES Center, in downtown Los Angeles.

Multiple shows on Broadway in New York put a pause on performances. Mrs. Doubtfire announced that it would be taking a nine-week hiatus from January 10 through March 14 under the hope that the hiatus will save the show from shutting down for good. Its producer said that with omicron, the production would close if it did not take drastic proactive measures.

More than 1 million people in the U.S. were diagnosed with COVID-19 on Monday. According to data from the Johns Hopkins Coronavirus Resource Center, 1,082,549 cases were tallied, a "record high."

New cases of COVID-19 in the U.S. have soared to their highest level on record at over 265,000 per day on average, a surge driven largely by the highly contagious omicron variant. New cases per day have more than doubled over the past two weeks, eclipsing the old mark of 250,000, set in mid-January 2021, according to data kept by Johns Hopkins University.

The number of Americans now in the hospital with COVID-19 is running at around 60,000, or about half the figure seen in January 2021, the CDC reported.

RELATED: ‘Flurona’: What you need to know about the flu, COVID-19 dual illness

While hospitalizations sometimes lag behind cases, the hospital figures may reflect both the protection conferred by the vaccine and the possibility that omicron is not making people as sick as previous versions.