Stafford County deputies made a dramatic rescue Wednesday morning, only it wasn’t a person in need of saving, it was a bald eagle.

STAFFORD COUNTY, Va. (FOX 5 DC) - Stafford County deputies made a dramatic rescue Wednesday morning, only it wasn’t a person in need of saving, it was a bald eagle.

A citizen had called to report the downed bird in the Aquia Harbor area.

Dep. Katherine Busch and Sgt. Anthony McCall responded, ultimately gathering the eagle so it could be taken to the Blue Ridge Wildlife Center. 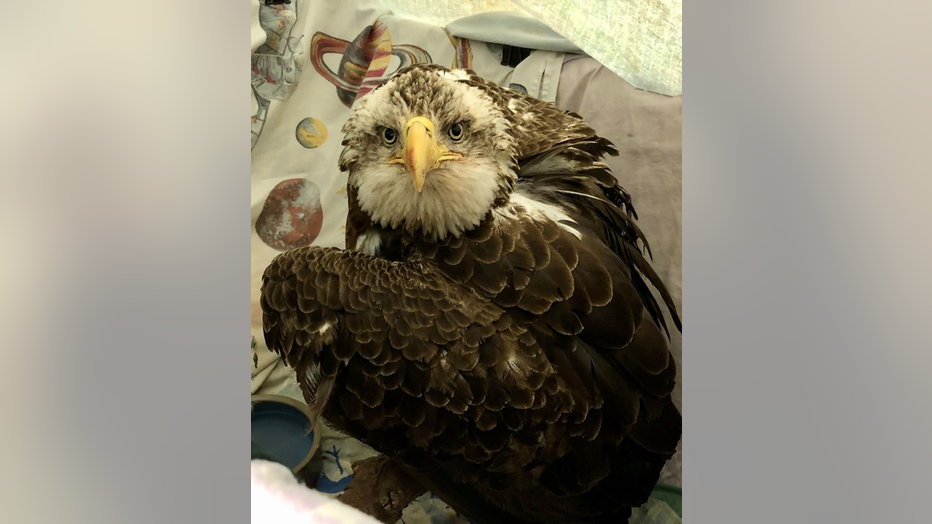 They believe the eagle was dealing with two separate issues, having likely gotten into a fight with another bird and also possibly having lead poisoning from ammunition left on the ground. Luckily though, McCall said the eagle is expected to survive.

“It is amazing to be able to see this big bird, our national bird, a symbol of America and of freedom, and I get to help it,” Busch added.

It’s not the first time. Deputies have saved more than a dozen bald eagles in the last two years, they said.

So why so many rescues? Geography plays a big part, Busch said. Stafford County has a lot of water and therefore a lot of fish for eagles to eat.

“Where we’re located, we have the Rappahannock on one side of us and the Potomac on the other,” she explained. 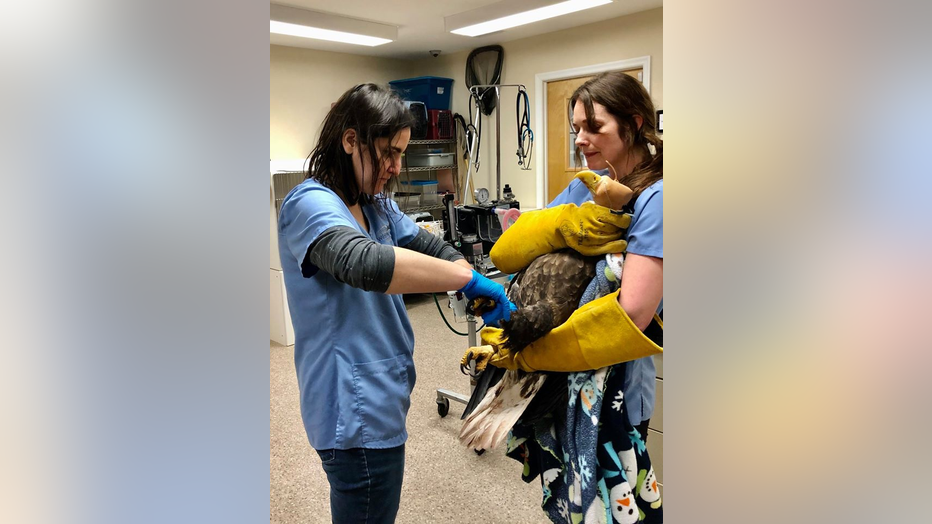 McCall, who FOX 5 DC once called “The Eagle Whisperer,” has rescued more than a dozen eagles throughout his career. But now that Busch has two rescues herself, a friendly rivalry has begun.

“I’ll share it with him,” Busch said when asked if she was hoping to dethrone “The Eagle Whisperer.”

McCall, however, was a little less diplomatic.

“She will never catch as many as me. If she tries I will go find more, and I will travel outside the county to do so,” he laughed. 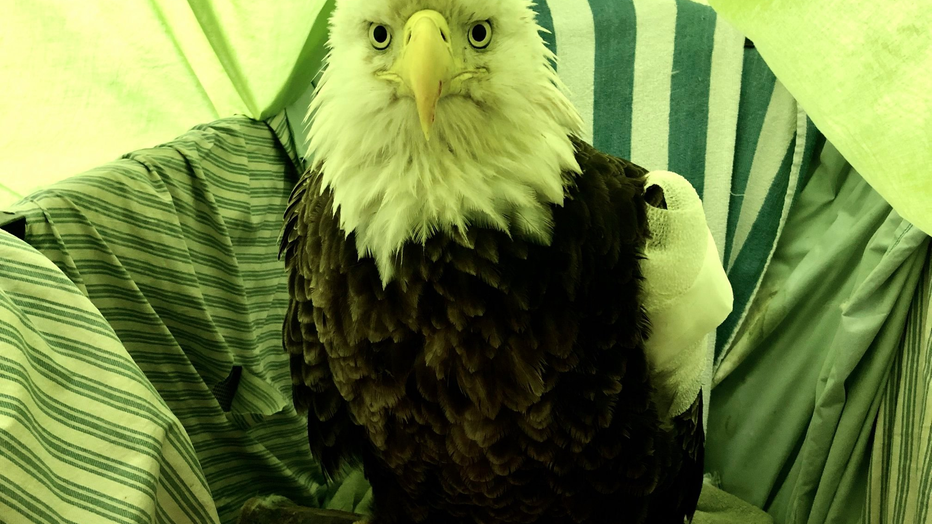