The dogs’ owners, Ryan and Crystal Wood, were arrested Monday after a call requesting a wellness check at a Fredericksburg home revealed the pit-bull mixes were extremely malnourished, underweight, and struggling to stand.

The owners say the dogs suffer from a medical condition but animal control workers and law enforcement say otherwise.

While the couple has been charged with two counts of felony animal cruelty, their pets – Dean and Gracie – are being cared for at the Stafford County Animal Center.

Nicole Bates, the manager of the animal shelter, and her animal control staff are nursing Dean and Gracie back to health. 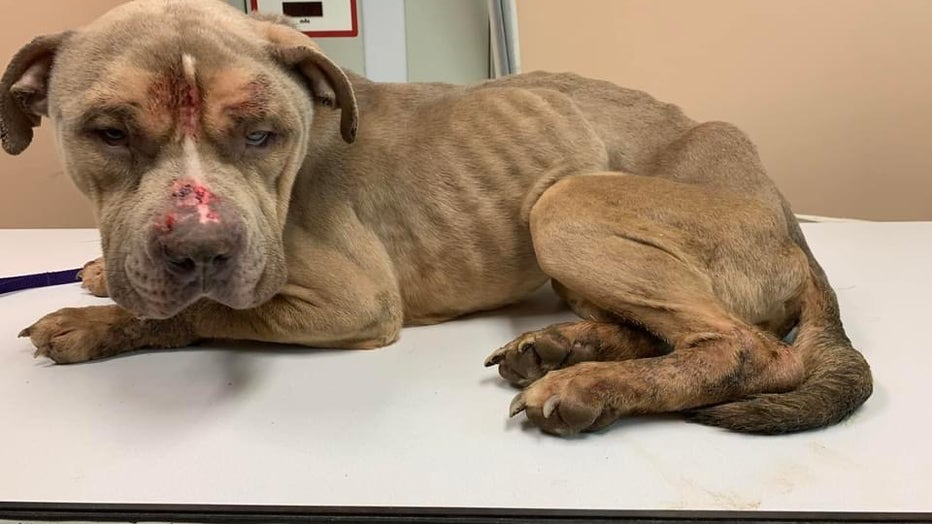 This one probably falls under one of the more extreme [cases] that we've seen, especially since Dean was so close to passing away on us," Bates said. And it involved more than one animal at a time. I would say this was pretty severe. From one to five, I would definitely say this is a five."

Dean is being fostered by Deputy Olivia Hepperle, who responded to the scene.