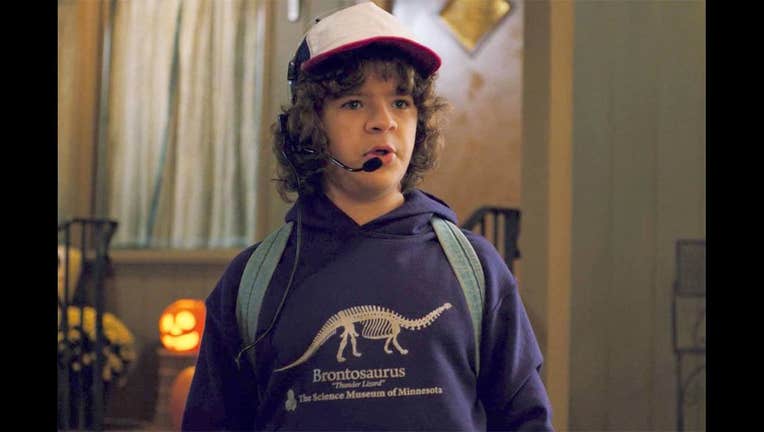 ST. PAUL, Minn. (KMSP) - A vintage Science Museum of Minnesota hoodie spotted on the Netflix hit 'Stranger Things' had Minnesotans buzzing over the weekend - and now the museum says they're bringing it out of retirement.

In the first episode of Season 2, fans noticed one of the main characters sporting a 1980s-era purple hoodie from the Science Museum of Minnesota, with a photo of a Brontosaurus fossil and the words "thunder lizard" on it.

Science Museum spokesperson Kim Ramsden said they had no idea the retired sweatshirt would make an appearance on the show. The museum found out on Friday when someone watching the show tweeted a screenshot of Dustin wearing the sweatshirt.

The original sweatshirt was sold in the museum gift shop in the 1980s, Ramsden said. They don't know how the show got ahold of one of the vintage hoodies, but the museum is already at work recreating it for eager fans.

"We are delighted by the spotlight this popular show has put on Minnesota and the Science Museum," Ramsden said in an email to Fox 9. "We are thrilled to feel the love from Science Museum of Minnesota fans across the world who are as excited as we are to see a shout out on Stranger Things."

Ramsden said they are looking through the museum archives for records or other photos of the sweatshirt - since it hasn't been made in several decades.

There's now a sign-up page on the museum's website so you can be the first to know when the sweatshirt becomes available.